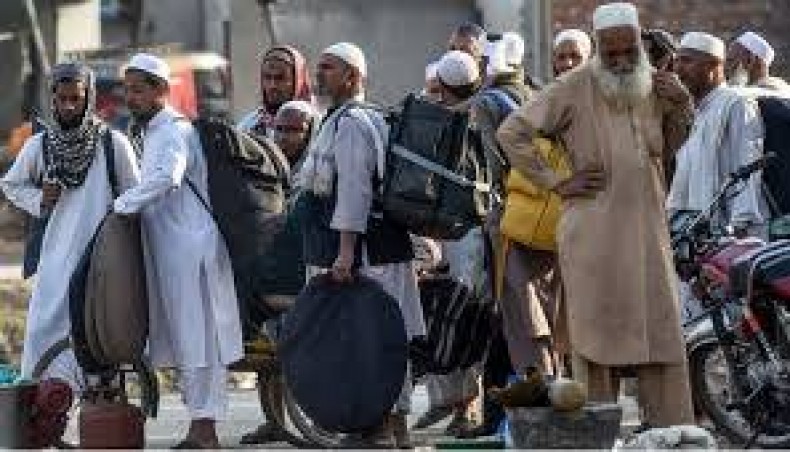 Tabligh Jamaat members prepare for their departure for their homes after an ijtema. — AFP file photo

Seventeen members of Bangladeshi Tabligh Jamaat, including eight women, have returned from India through the Benapole check-post after serving four months jail in India.

The returnees were from different districts and Mirpur of Dhaka. They had been kept at institutional quarantine in Gazir Dorgah of Jhikargaccha upazila in the Jashore district, said Ashrafuzzaman, medical officer of Benapole check-post immigration health department.

Mohosin Khan, officer-in-charge of Benapole check-post immigration police, said that some 265 followers of Tabligh Jamaat from different areas of Bangladesh went to India in February this year.

They were staying in India amid restrictions for coronavirus outbreak in March.

At one stage, Indian police arrested them over bringing allegations for spreading coronavirus.

Later, they were sent to Hariana jail.

They were sent back after their four-month sentence was over, said the OC.