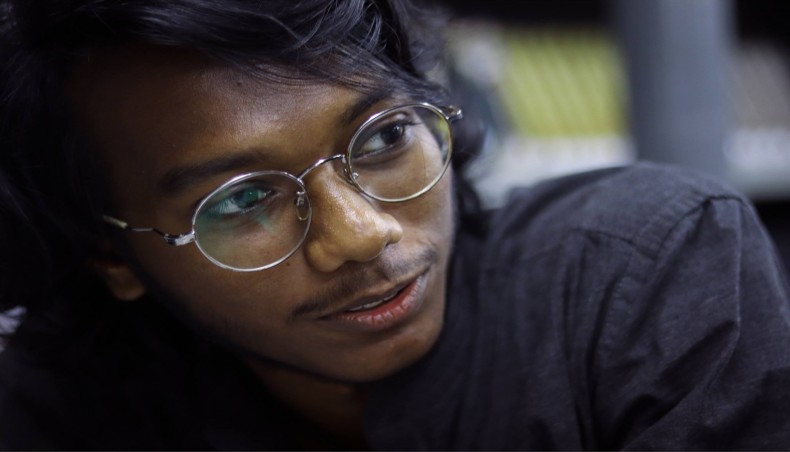 Shahadul Islam Sifat, the key witness in the murder of retired major Sinha Md Rashed Khan was released on bail on Monday afternoon and was whisked away in a microbus without a number plate.

Wearing a checkered shirt with trousers, bespeckled Sifat wanted to respond to journalists waiting in front of Cox’s Bazar Jail, but two men in facemask, dawning crew-cut, led him to the microbus parked in front of the jail and quickly left the place.

Sifat’s uncle Masum Billah said he was with them but did not disclose the location. Neither the Rapid Action Battalion’s additional director general (operations) Colonel Tofail Mostafa Sarowar nor their director legal and media wing director Lieutenant Colonel Ashique Billah made any comment on the whereabouts of the ‘crucial witness’ of the case.

‘We will stay here in Cox’s Bazar for few more days with Sifat. He is fine but not in a position to talk,’ said Masum.

Sifat came out of the jail around 2:00pm after the jail authorities had examined his bail paper.

Following the death, in a first information report filed by sub-inspector Nanda Dulal Rakshit of Teknaf police station, stated that Liyakat Ali, in-charge of Baharchhara Police Investigation Centre, fired four shots at the retired major allegedly to protect himself and the lives of his fellow officers.

Rashed’s associate, videographer Sifat was arrested in two cases filed against him and had been languishing in jail since the day the major was killed.

The RAB was investigating the case and termed Sifat as a crucial witness of the incident as he was with Rashed moment before the shooting.

Until 8:30pm, a source in the RAB said Sifat was not in their hand.

Sifat’s lawyer Mahabubul Alam Tipu earlier in the day said Tamnna Farah, one of the senior judicial magistrate in Cox’s Bazar, granted him bail and ordered that the case filed against Sifat would be investigated by the RAB.

A senior investigator of the RAB told New Age they were yet to start interrogating the prime suspect and others as they were waiting for the release of Sifat and Shipra Debnath, another member of the slain major’s film crew.

Shipra Debnath was prosecuted under a drug case and was released from jail on bail on Sunday.

Ramu police station held Shipra at Nilima Resort in Himchari and filed the case against her for possessing liquor and marijuana, among others.

Later in the evening, Sifat and Shipra appeared before the press with their family members and asked the newsmen to be patient. Shipra said they were traumatised at present and needed a few days to reveal the truth to the press.

They asked the member of the press not to pay heed to rumours.

Meanwhile, the joint four-member inquiry team that was supposed to submit report on Monday was given time till August 23 to wrap up the probe.

On Monday, the RAB appealed to the court to drop the timeframe for interrogation and made an appeal to allow them to quiz any time of the day during their seven-day custody.

The court, meanwhile, kept pending its decision until Wednesday.

In the complaint, the sister of the victim named nine police officers and rankers for the killing but identities of two — SI Tutul and constable Mohammad Mostafa — could not be confirmed.