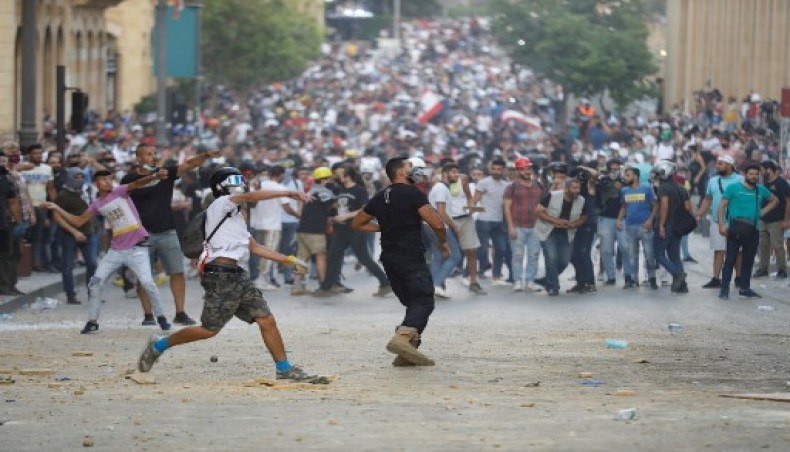 Lebanese protesters, enraged by a deadly explosion blamed on government negligence, clash with security forces for the second evening near an access street to the parliament in central Beirut on August 9, 2020. - AFP photo

Lebanon’s environment minister Kattar Demianos has resigned amid anger in the country following the blast that ripped across Beirut last week.

Kattar Demianos is the second Cabinet member to step down.

Demianos said in a statement late Sunday that he's leaving the government in solidarity with the victims of Beirut blast.

The explosion killed 160 people and wounded 6,000. At least four Bangladeshis were killed at 21 members of Bangladesh Navy were injured in the blast.

He described the ruling system in Lebanon as ‘flaccid and sterile’ and says it's wasted several chances to reform.

Demianos had offered his resignation earlier Sunday but was in talks with Prime Minister Hassan Diab.

People in Lebanon have blamed the explosion on negligence and mismanagement. Angry protests followed amid calls for government officials to resign.