The Gitmo detainees of 9/11 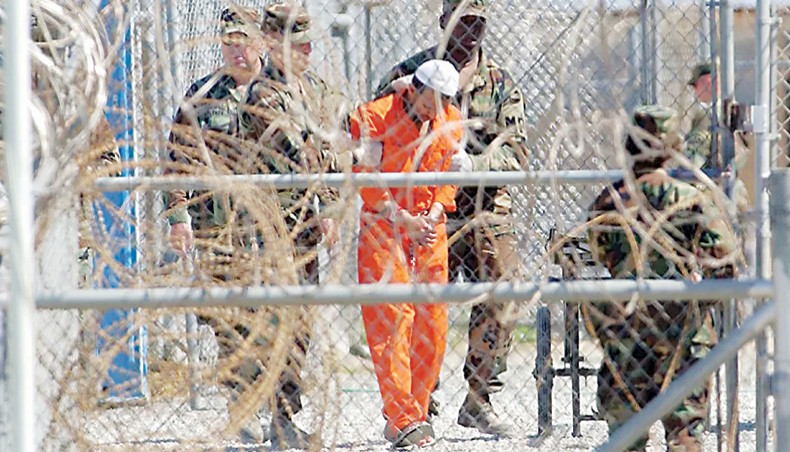 The Guantanamo (Gitmo) camp was established by US president George W Bush’s administration in 2002. At the time of its establishment in January 2002, the defence secretary Donald Rumsfeld said that the detention camp had been established to detain extraordinarily dangerous people, to interrogate detainees in an optimal setting and to prosecute detainees for war crimes.

Since January 2002, 779 men have been brought to Guantanamo camp of which the Afghans were the largest group (29 per cent), followed by Saudi Arabians (17 per cent), Yemenis (15 per cent), Pakistanis (9 per cent) and Algerians (3 per cent). Overall, 50 nationalities were present at Guantanamo.

Nearly 200 were released by mid-2004. In July 2005, 242 detainees were moved out of Guantanamo, including 173 who were released without charge. Sixty-nine prisoners were transferred to the custody of governments of other countries.

Although the Bush Jr administration said that most of the men had been captured fighting in Afghanistan, a 2006 report prepared by the Centre for Policy and Research at Seton Hall University Law School reviewed the defence department data for the remaining 517 men in 2005 and ‘established that over 80 per cent of the prisoners were captured not by Americans on the battlefield but by Pakistanis and Afghans, often in exchange for bounty payments.’ The US widely distributed leaflets in the region and offered $5,000 per prisoner. One example is Adel Noori, a Uyghur Muslim and dissident who had been sold to the US by Pakistani bounty hunters.

Current and former detainees have reported abuse and torture, which the Bush Jr administration denied. In a 2005 Amnesty International report, the facility was appropriately called the ‘Gulag of our times.’ In 2006, the United Nations unsuccessfully demanded that Gitmo detention camp should be closed. On January 13, 2009, Susan J Crawford, appointed by Bush Jr to review defence department practices used at Gitmo and oversee the military trials, became the first government official to concede that torture occurred at Guantanamo Bay on one detainee (Mohammed al-Qahtani), saying, ‘We tortured Qahtani.’

As we know better, Qahtani was not the only one who was tortured. All the detainees were tortured while the degree of their torture varied. Some were repeatedly waterboarded until they almost collapsed or died from such torture.

Initially, the Bush Jr administration tried to hide as much information about the detainees as possible. Pressed by the international press and human rights groups, in September 2006, president Bush announced that 14 ‘high-value detainees’ were to be transferred to military custody of the Guantánamo Bay detention camp from civilian custody by the CIA. He admitted that these suspects had been held in CIA secret prisons overseas, known as black sites. None of the 14 top figures transferred to Guantánamo from CIA custody had been charged with any war crime. In 2011, human rights groups and journalists found that some of these prisoners had been taken to other locations, including Europe, and interrogated under torture in the US extraordinary rendition programme before arriving at Guantanamo.

In 2010, Colonel Lawrence Wilkerson, a former aide to the secretary of state Colin Powell, stated in an affidavit that top US officials, including president George W Bush, vice-president Dick Cheney and the secretary of defence Donald Rumsfeld, had known that the majority of the detainees initially sent to Guantánamo were innocent, but that the detainees had been kept there for reasons of political expedience. Wilkerson’s statement was submitted in connection with a lawsuit filed in federal district court by former detainee Adel Hassan Hamad against the United States government and several individual officials. This supported numerous claims made by former detainees like Moazzam Begg, a British citizen who had been held for three years in detention camps in Afghanistan and Guantanamo as an enemy combatant, under the claim that he was an al-Qaeda member, who recruited for, and provided money for, al-Qaeda training camps, and himself trained there to fight US or allied troops.

Bush’s successor, president Barack Obama, promised that he would close Gitmo, but met strong bipartisan opposition from the US Congress, which passed laws to prohibit detainees from Guantanamo being imprisoned in the US. During Obama’s administration, the number of inmates was reduced from about 245 to 41; most former detainees were freed and transferred to other countries.

In January 2018, president Donald Trump signed an executive order to keep the detention camp open indefinitely. He has also considered bringing back waterboarding or ‘worse’. In May 2018, the first prisoner was transferred during Trump’s term; this reduced the number of inmates to 40.

James Mitchell, the architect of the Central Intelligence Agency’s post-9/11 interrogation programme, testified on January 22, 2020 at a pretrial hearing at the Gitmo camp in the case against Khalid Shaikh Mohammed, the allegedly confessed mastermind of the September 11, 2001 attacks that the waterboarding technique he employed was so gruesome that people — including CIA officials — cried when they witnessed it. Khalid Shaikh Mohammed and four other defendants are charged with nearly 3,000 murders. Mitchell and another psychologist, John ‘Bruce’ Jessen, designed, oversaw and frequently participated in what the CIA termed enhanced interrogation techniques. Waterboarding, a simulated drowning, was one of them.

To employ the method, a prisoner would be strapped to a board placed on a modified gurney, tipped so that his head was near the ground. Under president George W Bush, the justice department approved and issued guidelines for how to execute the method. With guards steadying the gurney, Jessen would pour water onto a cloth Mitchell held over the prisoner’s mouth and nose. The water pour could last up to 20 seconds, then be paused, then another 20 seconds, paused, then 40 seconds. The subject feels as though he is drowning. Typically, the subject spasms, expels water and snot, sometimes vomit, squirms and flops on the gurney as if having a seizure. The practice is nearly universally condemned as torture.

The first person to be subjected to the method was Abu Zubaydah, an al-Qaeda functionary and the first so-called high-value detainee captured after 9/11. He was waterboarded 83 times over a handful of sessions in August 2002, according to an investigation by the Senate select committee on Intelligence. Khalid Shaikh Mohammed was waterboarded 183 times. It was the height of crime perpetrated by the self-styled judge, jury and executioner in our time.

Joseph Margulies, a law professor at Cornell University who once represented Abu Zubaydah, said the brutal methods helped numb America to wrongdoing (Los Angeles Times, January 22, 2020). ‘James Mitchell and Bruce Jessen conceived, designed and executed the first officially recognized torture program in US history’, Margulies said in an e-mail. ‘It is one thing that they are utterly unapologetic; that is a commentary on us. A wrong that escapes public condemnation is no wrong at all. Worse, it invites not simply repetition, but expansion. Yesterday, we tortured men in cages because we thought they had done something wrong; today, we torture children at the border knowing they have done no wrong at all.’ He added: ‘Do not be seduced by linguistic light-footedness and ask whether this really is torture. I refuse to play that game. Instead, I encourage people to ask themselves this: Would you recoil in horror if you saw the same things done to a dog? If you saw a dog strapped to a board and nearly drowned, again and again, would it make you cringe and wince? Would you turn away and demand that it stop? If so, then it is torture, and we should call it what it is.’

The Centre for Policy and Research’s 2006 report, based on defence department-released data, found that most detainees were low-level offenders who were not affiliated with organisations on US terrorist lists.

Eight men have died in the prison camp; the defence department has said that six were suicides. The department reported three men, two Saudis and a Yemeni, had committed suicide on June 10, 2006. Suicide is haram (forbidden) in Islam. So, the report is suspicious. Even if it is true, it would mean that torture inflicted on them was so inhuman that they felt ending their lives was a better alternative. Government accounts, including an NCIS report released with redactions in August 2008, have been questioned by the press, the detainees’ families, the Saudi government, former detainees, and human rights groups. The detainees have also went on hunger strike multiple times, complaining about the inhuman condition in the camp.

An estimated 17 to 22 minors under the age of 18 were detained at Guantánamo Bay, which is in violation of the international law.

But who can punish a nuclear brahmin that has the veto power? Will our generation be ever able to bring the white-collar criminals like Bush and Blair to the International Court of Justice for their illegal war and monumental crimes against humanity?