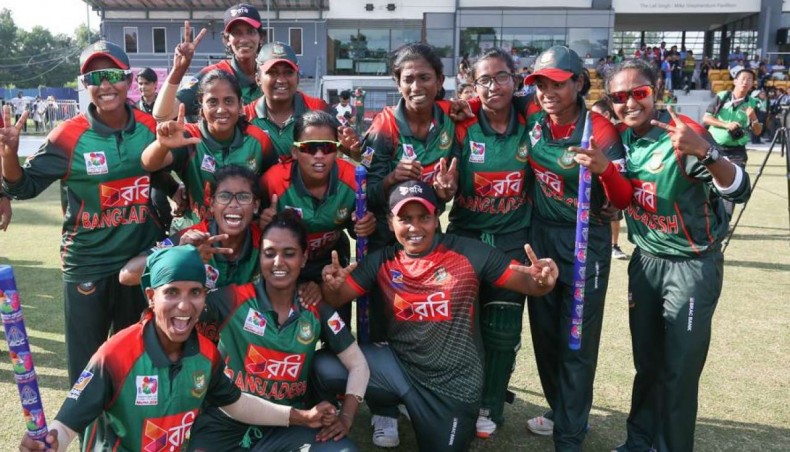 Bangladesh national women’s team cricketers will start their individual training conducted by the Bangladesh Cricket Board at three different venues across the country from today.
Sharmin Sultana, Sharmina Supta, Jahanara Alam and Nahida Akter will train at the Sher-e-Bangla National Stadium in Mirpur according to the given schedule given by the BCB on Sunday night.
Skipper Salma Khatun and Rumana Ahmed will train at the Sheikh Abu Naser Stadium in Khulna.
A new venue was added to the fold which is Shahid Chandu Stadium Bogra where other two national team cricketers Khadija Tul Kubra and Sharmin Sultana will train.