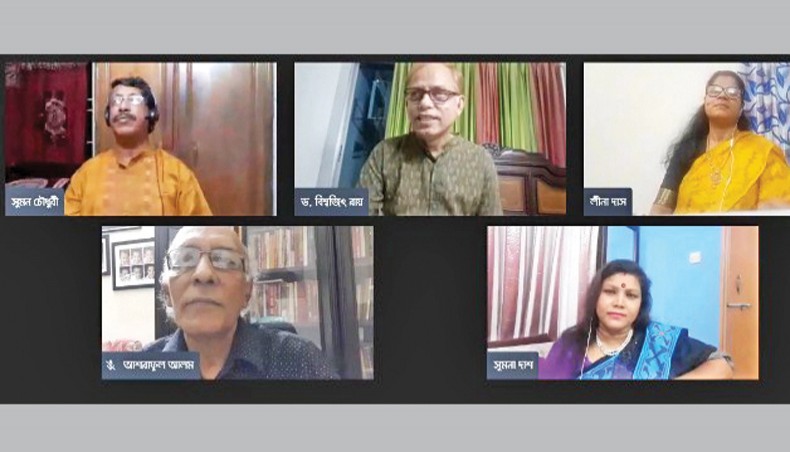 Artistes rendered Pranab Ray’s songs addressing patriotism, human relationship, devotion and others at the programme which was streamed live on the Facebook page of Nibedon at 7:30pm.

Besides, artistes shared their thoughts on Pranab Ray.

Sumana Das pointed out, ‘Pranab Ray has portrayed different issues using a wonderful combination of words and ragas. It’s our responsibility to promote his works. I am very happy to be invited to this programme. I hope the audience enjoyed it.’

‘We organised this programme observing the 45th death anniversary of Pranab Ray. His works continue inspire us even today. His works should be promoted among the younger generation,’ Bishwajit Roy, president of Nibedon, told New Age.

He was passionate about literature since his childhood. He started penning poetry at an early age. His first poem ‘Comrade’ was published in ‘Bishwadoot’ magazine.

He wrote the first song for the film ‘Panditamashai’. He was inspired to compose songs by Kazi Nazrul Islam and Nazrul composed many of his songs.