Sabbir hopes to put the past behind 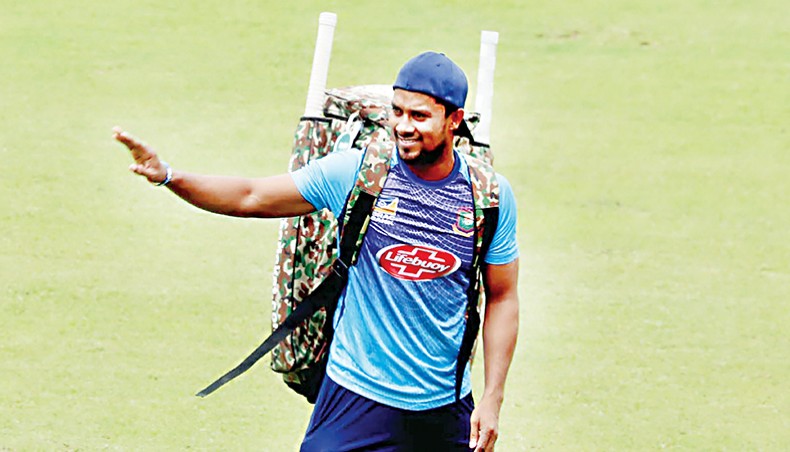 Hard-hitting batsman Sabbir Rahman wanted to rise above from past controversies through hard work and earn his spot back in the national team when cricket finally resumes.

Sabbir last played for Bangladesh in September 2019, against Afghanistan and since then has been out of favour from the national team due to his bad disciplinary records followed by dismal performance.

The 28-year old has often made headlines for the wrong reasons like, misbehaving with umpire, beating a fan, appearing on a controversial TVC, abusing a fan on social media and the latest being  harassing a cleaning staff of Rajshahi City Corporation.

Sabbir’s long list of controversies have earned him the moniker of ‘Bad Boy’ of Bangladesh cricket and caused a sizable dip in his form with the bat.

But the batsman from Rajshahi was hopeful that better days were coming, praying that the long hours he had put in training in the past few months would help him when cricket finally returns.

‘I am really pumped up to do something good after the play starts, training hard to keep myself fit and active. Hopefully I can do something better in coming days,’ an optimistic Sabbir told media through a video message after finishing his training session at the Sher-e-Bangla National Stadium on Sunday.

‘Domestic cricket and international cricket is on hold for a long time. Everyone is eagerly waiting for the restart of the game, though it has already started in England. If everything fits right, soon at home or abroad we will start playing international matches,’ he added.

Sabbir was one of the more active players during the COVID-19 break, using the facilities well before Bangladesh Cricket Board mandated individual practice sessions began.

‘I am from Rajshahi. On March 25 I went back to Rajshahi and in the beginning of the pandemic period I was a bit reluctant to go outside, stayed in home quarantine to ensure the safety of my family members. That time I did some physical training at home. But later I started training outdoors.

‘Gradually I started solo practice in the indoor section of Rajshahi stadium when no one else was present. Clemon cricket Academy has a gym, I also worked out there. I did running practice in a local ground and also practiced batting and bowling in the indoors,’ said Sabbir.

Sabbir joined the pool of cricketers for the second phase of individual training on Saturday and was ecstatic to return to Mirpur after a long time.

‘After almost four months, I came to Mirpur Stadium. I can’t express my feelings through words but really feeling very happy for coming here. I started practicing here after a long time. BCB has provided very good facilities and maintaining strict health protocols. Everyone is going by the clock; I did my part in scheduled time.’