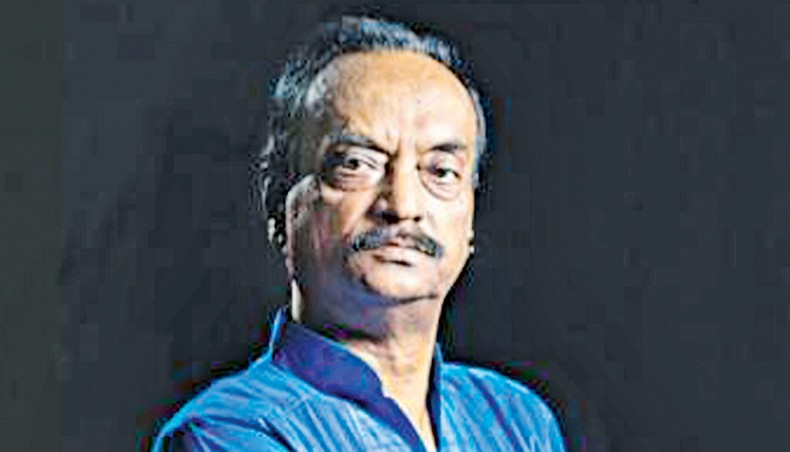 Eight time National Film Award winner and legendary music director Alauddin Ali died at a hospital in the capital on Sunday at about 6:20pm. He was 69.

‘My father passed away at about 6:20pm at the intensive care unit of Universal Medical College and Hospital in Mohakhali. He had been on life support since Friday,’ Alif Alauddin told New Age.

‘He felt sick on the early morning of Friday. He had a running fever and started vomiting,’ said Alif.

Alauddin Ali was earlier treated for pneumonia, cancer, and other health problems. He went to Bangkok for cancer treatment in 2015 and 2019.

Alauddin Ali left behind two wives and five children to mourn his death.

Alauddin Ali was born on December 24 in 1952 at village Banshbari of Tongibari upazila of Munshiganj. Alauddin Ali developed an interest in music during early childhood.

Alauddin Ali debuted as a music director in the silver screen in the film titled ‘Shondhikkhon’ at the age of 23, in 1975. After couple of years Alauddin Ali many timeless tunes of songs in Amzad Hossain’s film.

Alauddin Ali directed music for more than 300 films during his lifetime. He also composed many tunes for radio and television.

He also won the National Film Award for the best music composer for Laal Doriya (2002) and the best lyrics for Premik (1985).

Information Minister Hasan Mahmud expressed his deep shock at the death of Alauddin Ali and sent his sincere condolences to his family members. He prayed that may his departed soul rest in peace.