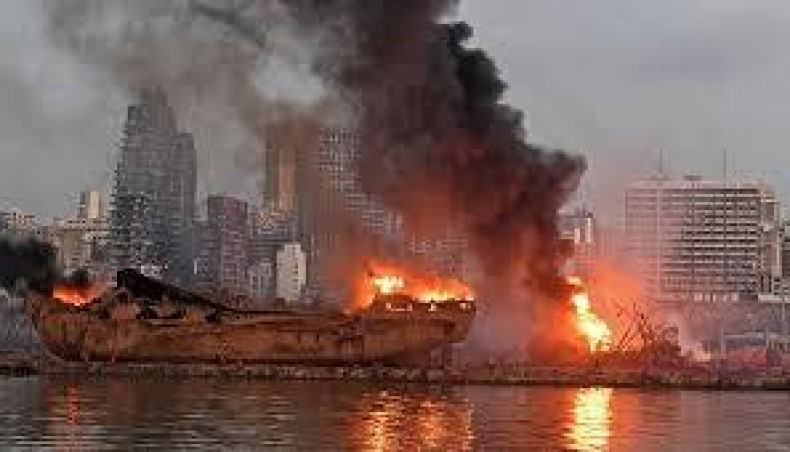 A ship is pictured engulfed in flames at the port of Beirut following a massive explosion that hit the heart of the Lebanese capital on August 4, 2020. — AFP photo

A Bangladeshi worker, who remained missing since the explosions in Lebanon, was found dead in a hospital in Beirut on Saturday, according to the Bangladesh embassy in Beirut.

He was a resident of Narayanganj, according to his passport.

With the death, five Bangladeshi workers died and some 108 expatriates, including 21 Bangladesh Navy peacekeepers, were injured in the twin explosions at Beirut sea port on Tuesday.

The injured Bangladeshis are undergoing treatment in three hospitals.

Some 157 people were killed and at least 5,000 were injured in the explosions that destroyed a part of the Beirut city and the seaport.