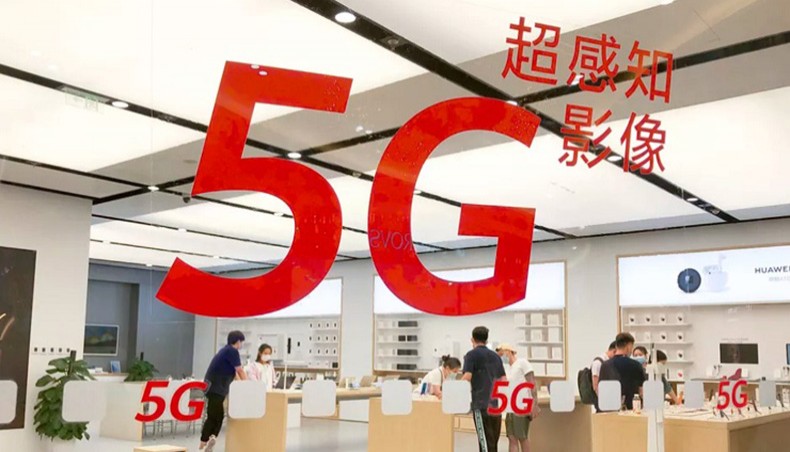 THE so-called ‘Cold War 2.0’ brewing between the United States and China/Russia bears little resemblance to the post-World War II scenario. The present scenario is different in two fundamental ways: it does not have roots in two opposing ideologies of communism and capitalism, with one trying to overwhelm the other, and it is least about establishing military superiority in terms of achieving a permanent nuclear edge over the rival bloc. The current phase of rivalry between the US and China/Russia is more about preserving US unilateral hegemony over economy, technology and global sphere of influence than about military’s offensive and defensive capabilities. The rise of China and Russia challenges the US more in terms of the latter’s unilateral domination in essentially non-military fields, although both economy and technology have military implications as well. Accordingly, whereas the first Cold War included nuclear armament control treaties, the Cold War 2.0 is more about trade paces and tussle over technology such as 5G. Also, whereas the focus of the Cold War was Europe, the Cold War 2.0 is developing in Asia and the Pacific, the emerging centre of the world’s economic growth.

Therefore, were it about solely military superiority in terms of numbers, the United States clearly has it. The US has about 20 times the number of nuclear warheads as China. It has twice the tonnage of warships at sea, including 11 nuclear-powered aircraft carriers compared with China’s two carriers. As compared to China’s 600 fighter jets, the US has 2,000. With its 800 overseas military bases, the US is much better placed to use its military force on global scale than China can with its three overseas bases.

However, in terms of economy and technological advancement, China is all set to surpass the US by the end of this decade; hence, the increasing US sense about resisting this loss of domination.

A recently released Integrated Review of Britain’s security, defence, development and foreign policy tells how the west’s competition with China is ‘different’, requiring a ‘new framework’ of integrated policies covering various fields of geo-politics and geo-economy and geo-strategy.

Britain’s Integrated Review highlights how the increasing focus on Asia will not involve military bases and modern defence systems but ‘… an increasing involvement in regional trade via CPTPP, supporting action on climate change and the promotion of British values, the reinvigoration of our relationship with India, and our request for partner status at ASEAN. Our role in this region recognises that others have already developed productive forums for engagement, and we do not need to reinvent the wheel.’

Placing China at the centre of this focus, the document explains, ‘China’s increasing power and international assertiveness is likely to be the most significant geopolitical factor of the 2020s. The scale and reach of China’s economy, size of its population, technological advancement and increasing ambition to project its influence on the global stage, for example through the Belt and Road Initiative, will have profound implications worldwide.’

The Great Britain, therefore, will, ‘… invest in enhanced China-facing capabilities, through which we will develop a better understanding of China and its people, improving our ability to respond to the systemic challenge that China poses to our security, prosperity and values — and those of our allies and partners.’

The west seems to understand while the growing power of China and Russia do pose a threat, the cardinal aspect of the strategy of ‘systematic competitors like China and Russia’ isn’t military resources but their heavy investment in ‘… global cultural power projection and information operations. Our allies are also taking a more strategic approach: cultural relation is one of the three pillars of German foreign policy and an important part of French foreign policy. Our perception of other countries — and therefore their soft power — is also increasingly shaped in the digital space, driven by individuals and non-state actors, including through disinformation.’

The US shares this perception. Jake Sullivan, Biden’s national security adviser, understands that the nature of competition with China is not overtly about military superiority. To quote Sullivan,

‘The central premises of this alternative approach would be that economic and technological power is fundamentally more important than traditional military power in establishing global leadership…. And that a physical sphere of influence in East Asia is not a necessary precondition for sustaining such leadership.’

The Biden administration, therefore, is more focused on building capability in fields that are not directly of military nature.

Following Biden’s first phone call with Xi last month, the White House officials emphasised while the Biden administration would continue the Trump administration’s confrontationist policies vis-à-vis China, work on competition with China will begin at home with bolstering next-generation technologies like artificial intelligence and 5G networks, in which China threatens to take a lead.

The fact that the US is paying increasing attention to building new alliances in Asia and the Pacific like the Quadrilateral Security Dialogue, or QUAD, is more of a response to China’s presence in multinational pacts like the Regional Comprehensive Economic Partnership (which comprises ASEAN countries plus Australia, New Zealand, South Korea and Japan), which show how China is increasingly outsmarting the US in terms of international political economy.

Building new multifaceted alliances is one way for the US to maintain an international ‘rule based’ system that serves its supremacy. The fact, however, is that China’s economic growth has already surpassed the US’s in many ways. The presence of Russia, with its own growing linkages with Europe, shows that the US has already lost its comprehensive competitiveness vis-à-vis its allies and foes alike. The Cold War 2.0, therefore, is more about arresting this decline than about outnumbering China and Russia in terms of nuclear warheads, fighter jets, aircraft carriers and state-of-the-art air defence systems.