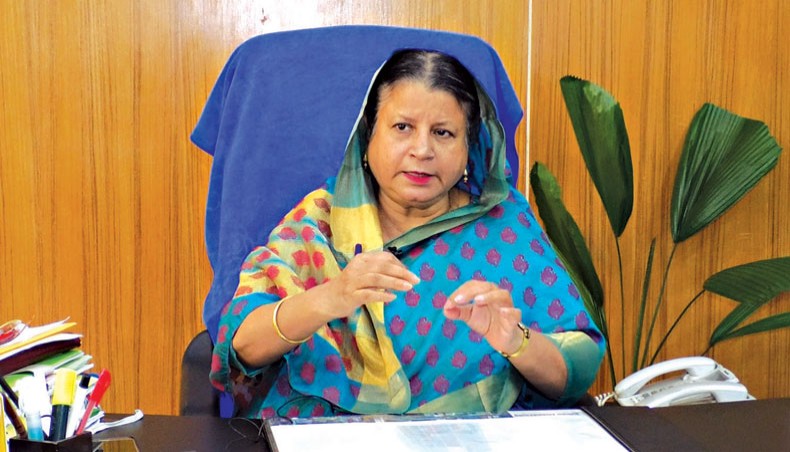 Hosne Ara came up with the observation while speaking about the competitive advantage in running ICT-related businesses in hi-tech parks.

In 2010, the government established the BHTPA to create an investment-friendly environment along with creating employment through development and growth of high-tech industries in the country.

Hosne Ara said that the BHTPA allocated floor space to entrepreneurs for as low as Tk 5 per square feet in its parks and the cost was very low considering the rental costs in commercial spaces in the same areas.

For instance, it will take around 30 years for private firms which have developed hi-tech parks, including the developers of the Kaliakoir Hi-Tech Park, to reach breakeven, she said.

‘To make it even more convenient for start-ups, we have been allocating floor space in each hi-tech park at free of cost so that they can get adequate resources to flourish,’ the BHTPA managing director said.

Speaking about the country’s preparedness in terms of developing skilled manpower for high-end IT-related tasks, Hosne Ara, also a government secretary, said that the demand for skilled manpower came not only from local businesses but also from potential foreign investors.

In order to develop skilled human resources for freelancing and business process outsourcing, the government has established training and incubation centres in different districts, she said.

So far, we have trained around 18,000 people in the information and technology field, the BHTPA chief said.

She, however, mentioned that the development of human resource was a timeconsuming task but the authority, along with other government agencies, was working towards fulfilling the target.

Under a Bangladesh-India joint project, thirty people would receive training for six months in India on high-end ICT skills to cope with the growing need for human resource, she said.

On completion of the training session, these newly trained personnel would work as trainers to provide the same training to 2,100 more people here in Bangladesh.

Asked about the measures taken to attract foreign investment to the country’s hi-tech parks, she mentioned that Bangladesh was offering 14 types of incentives to foreign investors.

‘Now, we have placed a proposal to the National Board of Revenue to extend the tax incentive period to 15 years from the existing 12 years as our neighbouring Sri Lanka and Thailand offer 15 years of tax incentives to overseas investors,’ said Hosne Ara.

The secretary also stressed on providing similar lucrative incentives to the foreign investors as those offered in Malaysia and Vietnam.

Asked about the country’s process in the ICT sector, Hosne Ara said, ‘We have progressed a lot along with the world but we have yet to go far.’

Fibre optic cable network and internet connectivity are already being ensured from cities to rural areas, she said, adding, they have already completed the stages of e-Nothi, web portal, e-government procurement, among other things, in their journey towards digitisation.

‘We are now heading towards the fourth industrial revolution and are making preparation accordingly so that the country can benefit from the technological revolution like the internet-of-things, robotics, big data analytics and blockchain, among other things,’ she said.

‘Still, I am not satisfied with the achievement I have made,’ she said, adding that she will be truly satisfied when the entities, which have acquired land from them at the different hi-tech parks, would begin operation.

Hosne Ara believes that the potential of the IT sector was huge and much could be done for people by improving the sector.

In response to a question regarding the delay in creating a targeted one lakh jobs in the hi-tech parks within the deadline, the secretary said that development of infrastructure by the government agencies took more time compared with the infrastructure development of private companies and that was where they were lagging behind a little.

She, however, said, ‘So far, we have managed to create around 15,000 jobs in the hi-tech parks and the target would be fulfilled by the year 2025.’

Hosne Ara also mentioned that the hi-tech parks being developed by the BHTPA had managed to draw the attraction of many renowned local and international companies.

She also mentioned the setting up of the Sheikh Hasina Institute for Frontier Technology (SHIFT) at Shibchar in Madaripur on 70 acres of land.

The institute was designed to provide ICT knowledge to children following the model used by Finland.

The project was under the evaluation of the

planning commission and would subsequently be placed for approval of the Executive Committee of the National Economic Council.