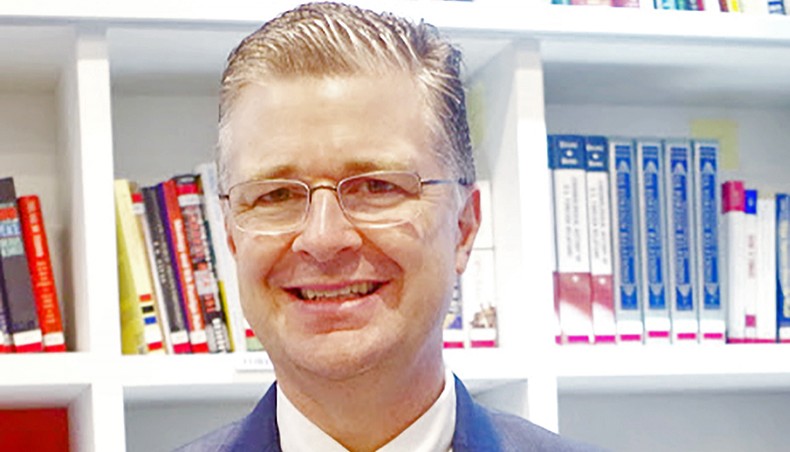 The US ambassador who made a splash in Vietnam by making a rap video is getting a promotion — as the top diplomat for Asia under President Joe Biden.

Daniel Kritenbrink, a career diplomat who speaks Chinese and Japanese, was nominated by Biden to be the assistant secretary of state for East Asia and the Pacific, a White House statement said.

Kritenbrink became an internet sensation last month during Tet, the Lunar New Year that is Vietnam’s most important annual celebration, as he put out his own rap video to send his greetings.

In a performance that combined both astute diplomatic messaging and a healthy touch of irony, Kritenbrink appeared strolling the streets of Hanoi and Ho Chi Minh City in his suit wearing headphones accompanied by Vietnamese music stars.

‘Hi, my name is Dan / I’m from Nebraska / I’m not a big city boy/ Then three years ago I moved to Hanoi,’ he began in a video viewed hundreds of thousands of times that also included lines in Vietnamese.

Despite his sense of humor, Kritenbrink has a serious background, previously serving as the number two at the US embassy in Beijing and as the top White House aide on Asia policy under former president Barack Obama.

Kritenbrink’s nomination, which requires Senate confirmation, comes as tensions mount between the United States and China on issues ranging from human rights to trade to Beijing’s assertive military moves.