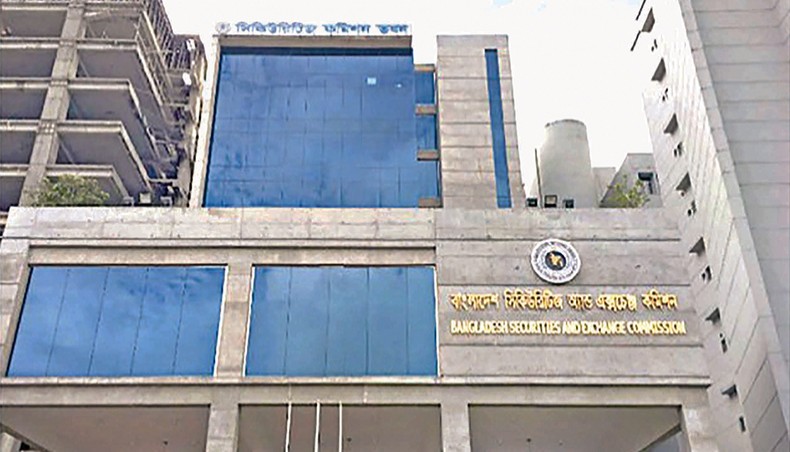 The Bangladesh Securities and Exchange Commission has moved to make it mandatory for an initial public offering intending company to float at least 10 per cent of its paid-up capital on the stock market.

The regulator has drafted amendments to the public issue rules, 2015 for the purpose and sought public opinion.

BSEC officials said that the stock market regulator took the move after facing a spate of criticisms when Walton Hi Tech Industries floated only 0.93 per cent of its total paid-up capital to raise Tk 100 crore through an IPO.

According to the draft amendments, an IPO intending company must ensure the size of public offer on the basis of post-IPO paid-up capital.

If the post-IPO paid up capital is between Tk 75 crore and Tk 150 crore, the IPO size must be at least 20 per cent of the paid-up capital.

If the post-IPO paid up capital crosses Tk 150 crore, the company must float 10 per cent of the paid-up capital, including intended offer.

The rules also allowed an IPO intending company to issue placement shares up to 15 per cent of the size of its IPO at par value under the fixed price method or at cut-off price under the book-building method to anyone, which must be treated as part of the IPO.

Market experts said that the facility might be misused as the companies might issue placement shares to anyone at higher prices due to the guarantee of IPO approval.

The company must also obtain post-facto consent from the commission for its existing paid-up capital under the Securities and Exchange Commission (Issue of Capital) Rules, 2001 before submitting the application for an IPO.

The company must also not be eligible to apply for an IPO if it has raised paid-up capital, except issuance of bonus shares, within the preceding two years from the date of such application.

However, issuance of shares in exchange of collaborative investments is allowed subject to prior approval of the commission.

The commission also reshuffled quota facility for the investors.

According to the draft rules, general investors would enjoy 65 per cent, non-resident Bangladeshi 5 per cent, eligible investors 20 per cent and mutual funds 10 per cent of the IPO shares under the fixed price method.

Under the book building method, general investors will enjoy 65 per cent, NRB 5 per cent and eligible investors 30 per cent.

The IPO applicant upon instruction of the commission must collect and submit certified copies of VAT returns from the National Board of Revenue and certified copy of bank statements from banks concerned.

The commission may verify the authenticity of the documents from the NBR or the banks.