A visionary entrepreneur in insurance industry 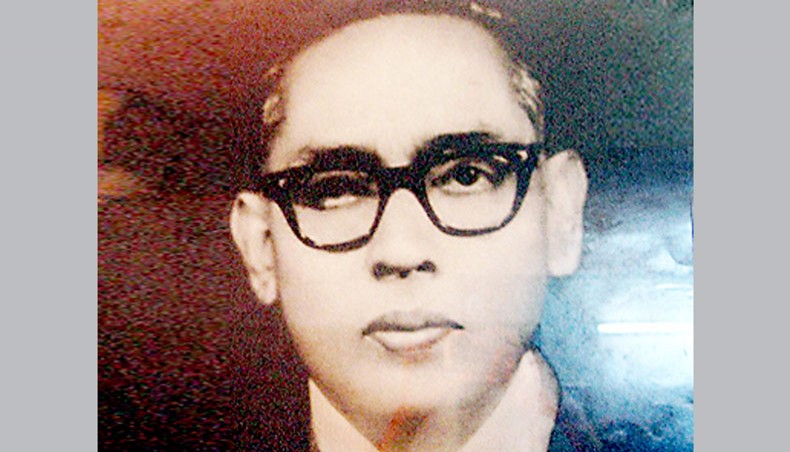 This article examines the life of Mujibur Rahman, a visionary entrepreneur of Bangladesh insurance industry on the eve of the second National Insurance Day. He played a pioneering role in the insurance sector through the establishment of the first Bengali insurance company, the Homeland Insurance Company Limited in the then East Pakistan (now Bangladesh). By the time of independence in December 1971, nine other Bangladeshi insurance entrepreneurs followed his path. The Homeland Insurance Company played a pioneering role in mitigating and reducing the investment problems instigated by the Pakistani-based companies who transferred earned premiums from East Pakistan to West Pakistan for the development of the economy in West Pakistan. He also had the desire and determination to contribute to the uplifting of the downtrodden and deprived millions in East Pakistan through development of the insurance industry in East Pakistan. Mujibur Rahman’s vision paved the way for socio-economic development in Bangladesh.

Mujibur Rahman was born to Yakub Ali Sharker and Wahidunnessa on December 1, 1918, in Rasulpur village, Sirajganj, Pabna. His father was a hardworking farmer. Unfortunately, he lost his parents at a noticeably young age. He excelled in education and obtained government scholarship throughout. He obtained first division with distinction in mathematics and history and was awarded gold medal. He passed his higher secondary certificate examinations from the Rajshahi Government College in first division. He studied at Ripon College at Kolkata and was placed in first class first in his BA degree in economics and history. In 1941, he married Rabeya Begum and they had five children — Tahera, Sharifa, Mahboob, Habib and Shireen.

He joined the Bengal Civil Service of British India in 1943, when the ‘Bengal famine of 1943’ caused over three million deaths. He was initially posted in Bogura and later transferred to Rajshahi, East Pakistan. For a junior civil servant, life was difficult in those days and he underwent through a prolonged period of a hardship. He felt that civil service was one of the main vehicles through which the British were exploiting the Indian subcontinent as a colony, and this experience contributed towards his decision to leave the job a few years later. Moreover, he believed that in the newly independent Pakistan, priorities should be on education, agriculture, and on the emergence of entrepreneurs for economic development on the eastern part the country.

He left the civil service soon after the creation of Pakistan and joined the insurance sector as a manager of Rajshahi Branch Office of the Muslim Insurance Company Limited (Head office Karachi). Prior to embarking into the insurance sector, he completed the correspondence study courses of the Chartered Insurance Institute in London, UK. After joining the company, within a very short period, he was promoted to general manager, in charge of its overall operation in East Pakistan with headquarters in Dhaka. He served this company for ten years.

Mujibur Rahman had a vision to establish an insurance company with Bengali ownership. He was dismayed that the assets (premium incomes) of those Pakistani-owned companies were being invested in West Pakistan, leaving mostly commitments to the policyholders and liabilities in the East. Later research after fifty years found that less than 5 per cent was invested in East Pakistan, whereas, of the total insurance underwritten in Pakistan, more than 50 per cent came from East Pakistan. Historian acknowledged the economic disparity and exploitation of the eastern wing of Pakistan.

In 1958, he ventured into establishing the Homeland Insurance Company in Dhaka. During the process of establishing the company, he had to overcome insurmountable number of obstacles. Initially, the government of Pakistan delayed the approval on the ground that it would spread ‘provincialism’. Moreover, he had to strive for capital-raising and for the recruitment of insurance personnel. However, he remained undaunted against all the challenges and did succeed through his undeterred determination and love for the Bengali nationhood.

He was able to acquire the financial resources from his dedicated associates including Engineers Sajedur Rahman Khan, Moqbular Rahman, Lutfor Rahman, and other patriotic associates. Earlier, during his time with the West Pakistan-based insurance company, which he had helped to expand considerably, creating job opportunities for many and also in the process, he developed Bengali manpower in the insurance industry. A vast number of these patriotic personnel were courageous enough to leave their secured permanent employments and joined him in his new venture.

The Homeland Insurance Company had achieved a praiseworthy growth and by 1970, the company had established eleven branch offices (with one in Karachi, West Pakistan), had its own head office in Dhaka. Among the nine Bangladesh proprietary composite companies transacting life insurance business at that time, it had the highest ‘Life Fund’ balance, achieved through quality growth of ‘business in force’ and prudent management over a longer period.

Two of the fundamental recommendations were that: (i) the Bangladesh Insurance Corporation should be adequate and competent enough for the management of the nationalisation activities; and (ii) not to apply nationalisation to the old business of Pakistan insurers who had significant amount of net liabilities.

Unfortunately, in view of prevailing power politics in the insurance industry, the government did not accept his proposal. He resigned from the corporation on August 9, 1972. He died on February 2, 1975.

Mahboob Hasan, a chartered accountant, is son of the late Mujibur Rahman.