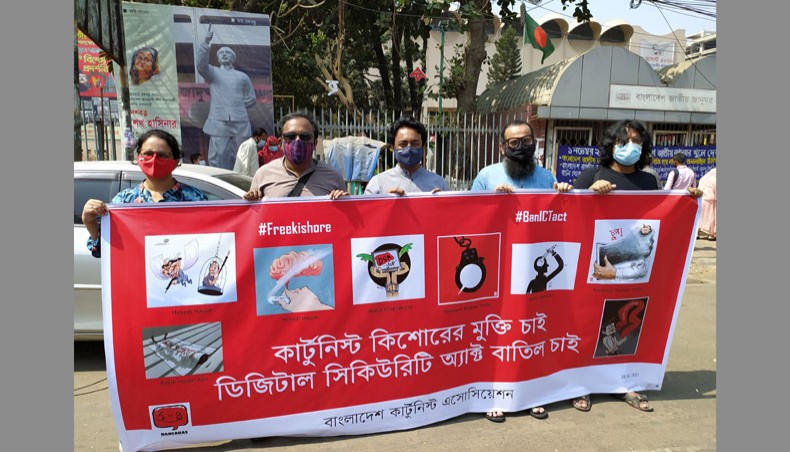 Members of the association formed a human chain in front of the National Museum in Dhaka in this connection.