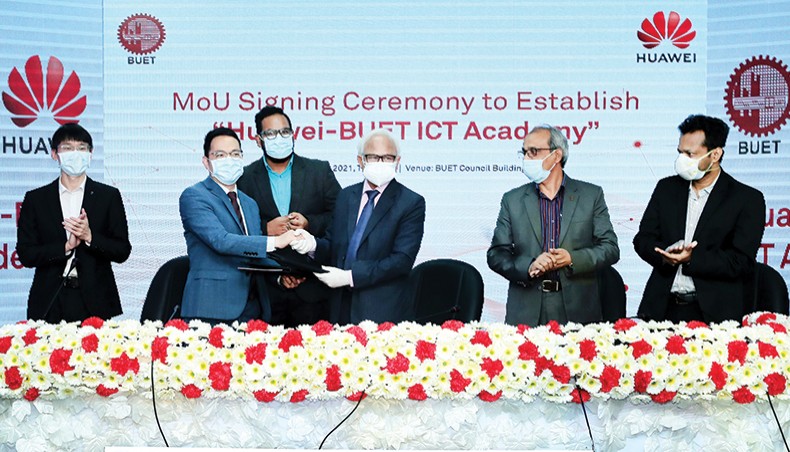 Huawei and Bangladesh University of Engineering and Technology on Thursday signed a memorandum of understanding on establishing an information and communication technology academy on the university campus.

Under the agreement, the two organisations will collaborate in establishing the ICT academy on the university campus, said a press release.