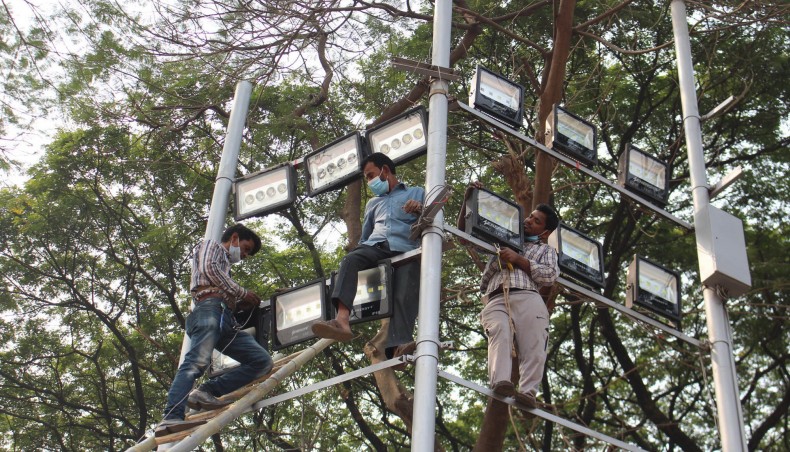 Bangladesh’s electricity import will go up to 9,000 MW by 2041 as it will meet 15 percent of its demand by cross border power trading as per the power system master plan.

State minister for power, energy and mineral resources Nasrul Hamid disclosed the plan while addressing an online workshop on ‘Cross Border Power Trading’, organised by Bureau of Energy Resources of the US State Department on Thursday.

He said cross border power trading will help protect environment while it will be cost effective as well.

‘Regional cooperation in energy sector can play a vital role in ensuring rational distribution of electricity’, he added.

As part of this cooperation, he said, Bangladesh is now importing 1160 MW electricity from India while a deal is ready for import of another 500 MW from Nepal.

He mentioned a discussion is going on with Bhutan for power import.

Meanwhile, Ambassador of Denmark Winnie Estrup met the state minister at his office in the Ministry of Power, Energy and Mineral Resource on Thursday.

During the meeting, they discussed various issues including development of clean energy in Bangladesh.

A special emphasis is being given on promotion of clean energy in the country, he added.

He said Danish investors can invest in the wind power and other sectors of clean energy to utilise their experiences.

The Danish envoy said the investors of his country is keen to extend cooperation in green energy sector.

Commercial councillor of Danish Embassy in Dhaka Ali Mustaq Batt was also present in the meeting.