US, Israel play their cards in Middle East 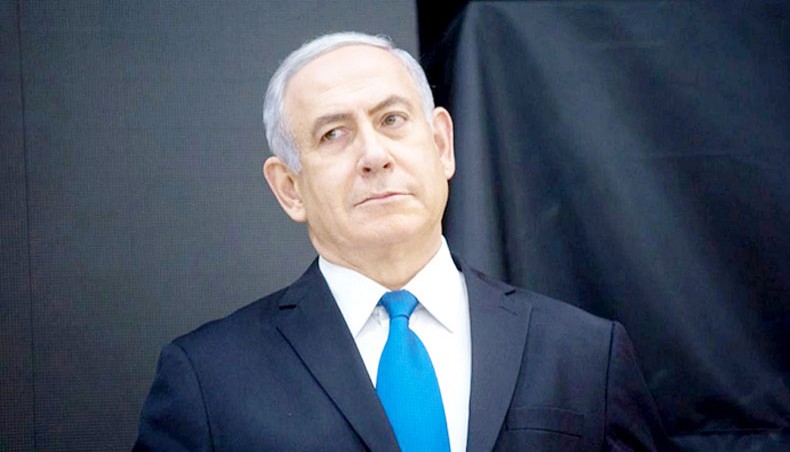 The possession of nuclear weapons gives the Israelis a phantom sense of military superiority in the Persian Gulf region and the entire Middle East, which allows them to carry out terrorist acts against Arab countries and Iran, writes Viktor Mikhin

FORMER US secretary of state Henry Kissinger, now 97-years old and having long lost his sense of the reality of international affairs, recently unleashed a new idea, menacingly declaring that a return to the ‘spirit’ of the 2015 Iran nuclear deal would lead to weapons spread throughout the Middle East. These comments came during an interview with Dennis Ross, who has advised several US presidents on the Middle East, at an online event hosted by the Jewish People Policy Institute.

In this regard, the former US secretary of state may be reminded, if he has forgotten, that it is not Iran but Israel that has long brought the entire region to the brink of nuclear catastrophe, with the obvious guidance and assistance of the west in possessing nuclear weapons and their means of delivery. Iranian foreign minister Javad Zarif called Israel the only regime in the region with a secret and undeclared nuclear weapons programme that includes an actual nuclear arsenal, and called on Tel Aviv not only to recognise this fact, but also to abandon the deadly weapons that threaten all the peoples of the Middle East.

The possession of nuclear weapons gives the Israelis a phantom sense of military superiority in the Persian Gulf region and the entire Middle East, which allows them to carry out terrorist acts against Arab countries and Iran. Suffice it to recall the brazen assassinations of Iranian scientists and military leaders planned and carried out jointly by the United States and Israel in violation of all international laws.

And they still continue to engage in their filthy terrorist activities, without regard for the interests of other nations. The world has just learned of intense Israeli airstrikes on targets in eastern Syria in the areas of Deir ez-Zor and Albu Kamal. They were the latest in a long series of reports of Israeli attacks aimed at thwarting the Islamic Republic’s attempts to build a war machine in Syria. The airstrikes, however, stood out in the light of extraordinary comments made by a senior US intelligence official, who told the Associated Press that the successful raids were due to intelligence provided to Israel by the United States. There seems to be no reason to doubt this version of events, noting the seemingly unusual recognition of the close level of cooperation between US and Israeli defence agencies in combating the Iranian presence in Syria.

The second reason these strikes stand out is an unconfirmed report by the Syrian opposition war monitoring group that at least 57 military personnel were killed, including 14 Syrian regime soldiers, in addition to Iran-backed militias, as well as dozens more wounded. Although this claim is unconfirmed, it represents a much higher number of casualties than those that usually follow such strikes.

The attack is part of an unmistakable increase in airstrikes against Iranian targets throughout Syria, the fourth known such incident in the past three weeks. These incidents include reports of a missile attack on the Syrian Research Centre, also known by the French acronym CERS, north of Damascus. This centre was also subject to bombing in 2018 and 2019.

In such a complex environment of this highly turbulent region, the question of establishing a nuclear-weapon-free zone in the Middle East is increasingly being raised, which is naturally a daunting task, and success will be impossible without the goodwill of all states in the region. Experts note that one of the main obstacles to the establishment of a zone free of weapons of mass destruction in the Middle East is the position of Israel — the country refuses to sign the Nuclear Non-Proliferation Treaty, citing threats from Iran and other Middle Eastern countries. Tel Aviv believes that many threats come from a variety of countries in the region, so if it does not possess nuclear weapons, according to Israeli politicians, this would threaten the very existence of the state. Israel has unconditional US support on this issue, and accordingly, their positions will be united. In other words, both of these states will do everything they can to ensure that Tel Aviv, with its nuclear weapons, dominates the military field of the region.

As an example, in the past, Israel has destroyed nuclear facilities in the Middle East with targeted airstrikes, assuming that they would be used for weapons production, such as the Osirak nuclear reactor in Iraq, destroyed by the Israeli Air Force in 1981. The Israeli military also claims to have destroyed a suspected nuclear reactor in the Syrian province of Deir ez-Zor in an air raid in 2007. It is the aggressive stance of Israel, which is invariably supported by the United States — quite often to the detriment of its national interests — that makes other countries in the region, such as Iran, unwilling to give up their nuclear programmes in order to somehow defend their freedom and independence and their ability to pursue their national course.

In one of his last acts, on the eve of the end of his term, president Donald Trump ordered Israel to be included in CENTCOM, the US military’s central command in the Middle East, the Wall Street Journal reported. The expansion of US CENTCOM to include Israel is the latest reorganisation initiated by pro-Israel supporters to encourage strategic cooperation against Iran, US officials told the newspaper. For decades, Israel has been part of the European command of the US armed forces, mainly because of historical friction between Israel and Arab countries, which are also American allies in the region covered by CENTCOM.

The move is the latest in a series of policy changes by the Trump administration before Joe Biden took office, which include increasing sanctions against Iran and declaring the Iran-backed Hussite rebel forces in Yemen a terrorist organisation. A former CENTCOM commander said there is good reason to move Israel into its military command, where it becomes the 21st country in the sphere of activity, along with Qatar, Bahrain, the United Arab Emirates, Saudi Arabia, Kuwait, Oman, Jordan and Egypt.

But the new Joe Biden administration will also, by all appearances, take a strongly pro-Israel stance. There are rumours that the Biden team is going to consult with Tel-Aviv before any strategy on the Iran nuclear deal is formulated. Israel’s Channel 12 lifted the veil on the fact that the new administration has already begun informal talks with Iran and is keeping Israel informed of these discussions. The new president, this source confirmed, is seeking an agreement that would prevent the Islamic Republic from producing nuclear weapons. But the question is whether it will agree to Iran’s demand to return to the original 2015 agreement, which includes lifting most restrictions on uranium enrichment by 2030.

Thus, it appears that even though Israel will not officially participate in the talks with Iran, it will determine the future agenda and the course of the discussions. On this basis, negotiations will focus entirely on the Iranian position, and Israel’s possession of nuclear weapons, on which the future of the Middle East depends, will not even be brought up. This, in turn, means that peace and tranquillity are unlikely to return to the region, thanks to the aggressive and selfish policies of the west, and it will be a long time before the turbulence in the countries of the area subsides.