The missing middle in exploitation of migrant workers 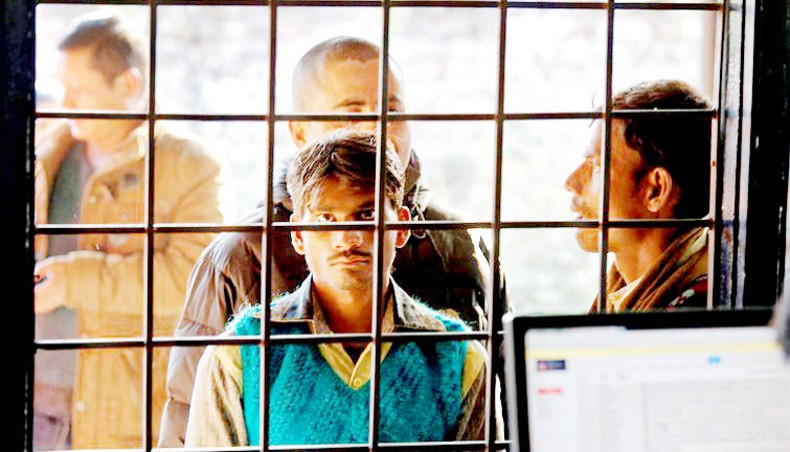 SINCE the adoption of the UN Trafficking Protocol, most efforts to eliminate exploitation of migrant workers have focused on human trafficking. Hundreds of millions of dollars are spent every year on counter-trafficking initiatives, particularly on trainings to ‘raise awareness’, criminal investigation and prosecution, and shelter and ‘rehabilitation’ services.

More recently, the emergence of the modern slavery discourse has emphasised the role of business in perpetuating the exploitation of workers. Against the background of a worldwide pursuit of ever cheaper labour and reduced regulation, encouraging more ethical business practices by the private sector has been heralded as a force for change.

Technological solutions have also been posited as key to solving the problem of human trafficking, including smart phone apps for reporting abuses, satellite imagery to identify modern slavery from space, blockchain technology to eliminate contract substitution, and big data to improve the evidence base.

Yet, there is limited evidence to show that these approaches have been effective at reducing the scale or severity of abuses that migrants experience. The empirical data available to justify anti-trafficking and modern slavery initiatives has lagged far behind their ever-increasing scope and hyperbole.

Despite this fixation with extremes, less acute abuses against migrant workers are much more common and have even become normalised in some contexts. For example, a recent study in Australia found that nearly half of all migrants were paid below the legal minimum wage. Estimates of the scale of wage violations suggest that they cost low-wage workers $50 billion per year in the United States alone.

The everyday abuse of wage theft has received little attention in recent years. The relevant international labour standard, the Protection of Wages Convention, 1949 (No 95), has become so outdated that it prohibits ‘payment of wages in taverns’.

Is there a case for shifting the focus of engagement to these more ‘mundane’ abuses against migrant workers? This article presents some of the key arguments for increasing attention to the denial of remuneration and benefits to migrants under the rubric of ‘wage theft’.

Wage exploitation is a key motivation for employing migrant workers

WITHIN a globalised economy, choices about where to source or manufacture products are frequently based on the availability of low-cost labour and a permissive environment for industry. As labour is typically the largest cost of outsourced production, multinational firms actively comparison-shop to find labour markets which offer the greatest reduction in worker wages.

This creates enormous pressure on their upstream suppliers to constantly pursue lower labour costs, including through underpayment of migrant workers. In many labour-intensive industries, these market forces create business models which are only able to remain profitable due to various forms of wage theft.

The recent unbridled enthusiasm for self-regulation through corporate social responsibility and sustainability initiatives has not been successful in eliminating these abuses. Instead, they have largely undercut demands for legally enforceable labour standards and marginalised the plight of migrant workers outside global supply chains. Only workers whose conditions are highlighted by their proximity to markets in the Global North are understood to deserve attention, and the power is placed in the hands of consumers and corporations to effect change rather than workers themselves.

THE basic premise for admitting migrant workers to a destination country is typically to address a labour shortage in a particular sector or geographic region. If admission of migrants can hold down wages in these industries or areas, the economy is seen as benefitting from the increased supply of low-cost labour.

To maintain these objectives, policies on temporary labour migration in destination countries generally provide very limited flexibility for migrant workers to change jobs of their own volition. Their legal status is directly tied to their employer, preventing them from leaving their employment without losing permission to stay and work. Moreover, the opportunity for migrants to organise into trade unions to bargain collectively and access legal assistance is limited within many destination countries. The restriction of their basic rights creates a dependency that is easily exploited.

With these enabling factors in place, wage theft cannot be regarded as an unintended consequence of illiberal labour migration governance regimes. Systematic measures to decrease the ability of migrant workers to avoid, seek redress for, or leave abusive situations have a calculated recoupment effect on wages. It has been argued that the cost of migrants’ rights is in fact directly priced into the formulation of migration policies in destination countries.

MIGRANT workers are more commonly employed in informal sectors of work which are not fully covered by labour laws. As a result, they are exempted from key wage protections such as a legal minimum or overtime pay. This contributes to artificially low wages and segmentation within national labour markets.

The fragmentation of employment relationships in recent decades has also reduced labour and social protections for migrant workers. Due to externalised work arrangements through outsourcing and misclassification of employment, employers now have considerably less statutory responsibility for the pay and benefits provided to migrants.

Part of the challenge in reinforcing labour protection for migrants is that deeply entrenched discriminatory attitudes cannot easily be legislated away. Authorities may react differently to cases of wage theft when they involve migrants, as it is rationalised that they are still receiving better wages than they would in their countries of origin. In particular, officials are often less sympathetic towards undocumented migrant workers who are underpaid as they are viewed as having brought the problem upon themselves.

The need for a more pragmatic response

PROBLEMS with the lack of clarity on what actually constitutes human trafficking have been a major obstacle to identification since the UN Trafficking Protocol was first adopted 20 years ago. In the real world, there is no clear divide between free and unfree labour, and trying to make a binary separation often leads practitioners down the rabbit hole.

Another obstacle to operationalising the concepts of human trafficking and modern slavery is that they are too abstract for survivors to self-identify. The conceptual intricacies involved require that cases be identified by a third party, significantly limiting the agency of migrants themselves to denounce abuses. This has also contributed to a lopsided focus on exploitation in the sex industry due to the moral panics created by some of the actors involved.

Key to addressing a larger share of abuses is that migrants clearly understand when they have experienced a violation of their rights and are able to come forward to lodge a complaint. In that regard, wage-related abuses can be considered a much more straightforward offense than human trafficking or modern slavery. In many cases, basic numeracy would be sufficient for a migrant worker to understand whether they received the wages they were promised.

ADDRESSING the exploitation of migrant workers effectively requires a clearer focus on the reasons why these abuses occur. The vast majority of cases are not rooted in the actions of transnational criminal syndicates, as suggested in the UN Trafficking Protocol. Framing exploitation as resulting from criminality is a convenient distraction from an immensely uneven distribution of global wealth. By identifying individual cases of severe exploitation as unacceptable, the structural inequities are left largely unquestioned.

A more transformative approach to these issues cannot be limited to extreme cases of exploitation that make international news headlines and trigger corporate social responsibility initiatives. Instead, it would necessarily have to engage with the everyday vulnerabilities to abuse that exist for the vast majority of migrant workers.

Unlike the enigmatic issue of human trafficking, proven approaches for addressing wage theft against migrant workers already exist. Fundamentally, they involve increasing the power of migrant workers within their employment relationships so that they are less dependent and can assert their rights to equitable wages and working conditions.

Expanded efforts to eliminate wage theft would ideally be part of a broader shift towards a labour rights approach to these issues. However, much of the empirical data available on exploitation of migrants suggests that improving the response to wage theft is a particularly pragmatic starting point. It would lead to better working conditions for the vast missing middle who experience more commonplace forms of abuse.

The focus on a more equitable distribution of wages would redirect attention to a core issue at stake in the era of globalisation. Greater efforts to address wage theft against migrant workers would contribute to an expansion of social justice for a large segment of the world’s most vulnerable workers. That is something that the hundreds of millions of dollars spent on counter-trafficking initiatives every year has so far failed to achieve.

OpenDemocracy.net, January 21. Benjamin Harkins is a migration and human rights specialist who has spent nearly a decade in Southeast Asia working on labour migration, human trafficking and refugee issues. He is currently a technical officer with the International Labour Organisation’s TRIANGLE in ASEAN programme in Bangkok, Thailand.