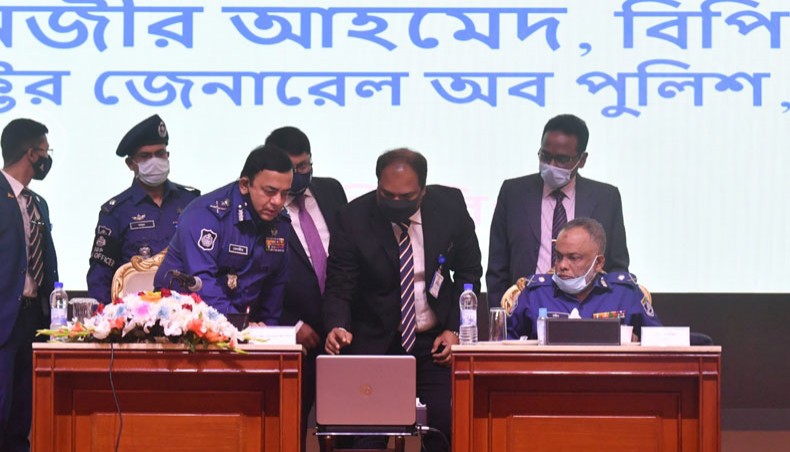 The Anti-Terrorism Unit of police on Sunday launched an awareness video and television commercials to prevent online-based extremism.

Inspector General of Police Benazir Ahmed launched the video and TV commercials as the chief guest at a function at Rajarbagh Police Lines in Dhaka.

During the programme, the police chief asked the youths to inform the law enforcement authorities if anyone influenced them to take the path of extremism.

He said that social media remained a hotbed for extremism propaganda and therefore every unit of Bangladesh police has continued cyber patrolling.

‘Police are working towards a goal of uprooting extremists and we have to be vigilant until the last extremist is wiped out,’ Benazir said.

Recently nine youth surrendered to home minister Asaduzzaman Khan, leaving their extremist past behind. They also said that they were mostly influenced in online platforms.