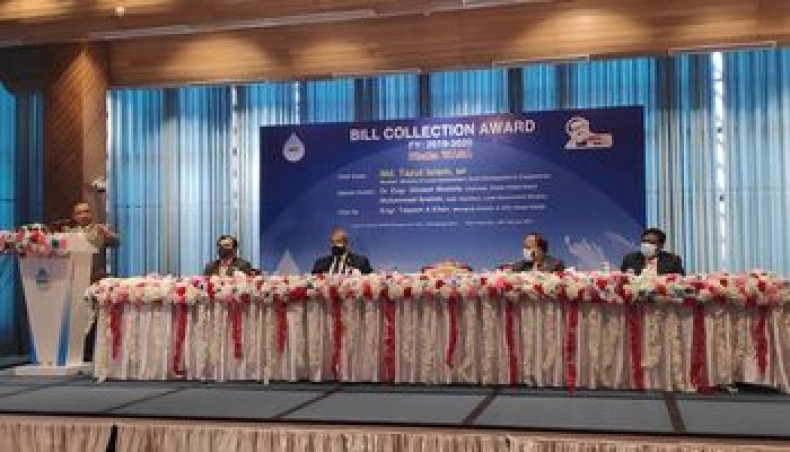 He claimed that no water supplying agency of the world supply drinking water to the clients.

He was addressing a Dhaka WASA programme, which was organised to distribute awards among top water bill collector banks.

‘City dwellers can drink WASA supplied water after boiling or filtering it; so it is drinkable water,’ he explained.

‘Dhaka WASA water is not drinking water, rather drinkable,’ he added.

He said that it was not the responsibility of the agency to supply drinking water, rather supplying usable water was its responsibility.

He said that they didn’t advise their customers to drink the Dhaka WASA supplied water directly as the water reached them after travelling thousands of kilometres of underground pipes.

He said that Dhaka WASA produces surplus quantity of water and ensures water supply to all.

‘Dhaka WASA has improved the quality of its water a lot and it is producing water maintaining quality,’ he said.

Dhaka WASA managing director Taqsem A Khan said that Dhaka WASA is producing 264 crores of litres of water every day with only 5 per cent system lose.

WASA board chairman Gholam Mostofa said that Dhaka WASA would pay its employees according to its own pay scale.

Dhaka WASA, however, awarded all 34 banks for collecting water bills from customers.