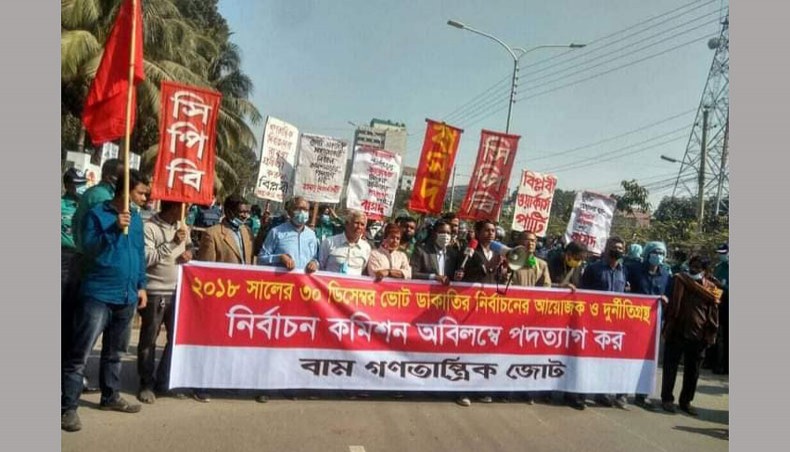 Left Democratic Alliance activists bring out a rally in front of the Nirbachan Bhaban in Agargaon on Wednesday to press home their various demands. — Courtesy Photo

The call came from a rally in front of the Nirbachan Bhaban in Agargaon area hosed by LDA, a combination of seven left leaning political parties.

Communist Party of Bangladesh presidium member and a coordinator of LDA Abdullah Kafee Ratan said that the EC had failed to hold free and fair elections in Bangladesh. ‘It is also involved in alleged corruptions,’ he said.

So, they had lost their moral rights to continue the commission, he said.

LDA also held protest rallies in front of the EC offices in district levels across the country.