UN for wilful Rohingya relocation to Bhasan Char in Bangladesh

EU for broader int’l effort for return to Myanmar 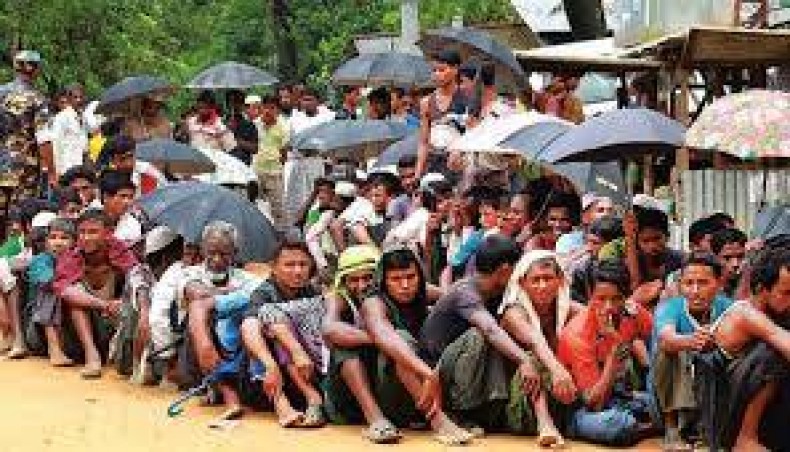 The United Nations office in Dhaka on Wednesday said that the displaced Rohingyas must be able to make a ‘free and informed decision’, based on relevant, accurate and updated information, about relocating from camps in Cox’s Bazar to Bhasan Char.

The UN in a press release also said that it had not been involved in preparations for the relocation or the identification of refugees and had limited information on the overall relocation exercise.

It said that it was aware of reports that the Bangladesh government might begin the initial relocation of Rohingyas to Bhasan Char in the Bay of Bengal in the coming days.

The UN requested the government to maintain commitment in line with the indications made to the UN authorities for movements to the island on voluntary basis.  It also emphasised that refugees who choose to move to Bhasan Char should have basic rights and services — effective freedom of movement to and from the mainland, as well as access to education, health care, and livelihood opportunities.

This would help laying the foundations for a productive and secure community on Bhasan Char, the UN added.

The UN also maintained that any relocation to the island should be preceded by comprehensive technical protection assessments.

On the Rohingya crisis, the European Union ambassador to Bangladesh Rensje Teerink on Wednesday said that united efforts of entire international community would be required to resolve the crisis focusing safe and voluntary return of Rohingyas to Myanmar.

‘The whole international community should stand together over Rohingya issues,’ she said at a function, organised by the Diplomatic Correspondents Association, Bangladesh in Dhaka.

‘It’s not a matter of pointing finger at EU only. Look at other countries. Where are they? All need to work together,’ she said, adding that countries, including China, India and members of the ASEAN need to act more to address the crisis.

Implementation of the recommendations of the Kofi Annan Commission by the Myanmar authorities would be crucial for resolving the Rohingya crisis, she said.

When asked about the UN statement on Rohingya relocation to Bhasan Char, foreign ministry officials said that the government had engaged with the UN offices in Bangladesh from the beginning of making the decision in 2018 to take about 1,00,000 Rohingyas to the island facilities to decongest the camps in Cox’s Bazar.

‘Where were the UN authorities when the Rohingya people were forced to leave their ancestral homes in Rakhine of Myanmar amid atrocities?’ a foreign ministry spokesperson asked.

‘Did the UN take any effective and adequate steps to stop atrocities in Myanmar before August 2017, let alone raising the question of voluntariness of Rohingyas fleeing to Bangladesh?’ he further asked.

The government would, however, maintain voluntariness in the process of relocation to Bhasan Char, the foreign ministry official added.