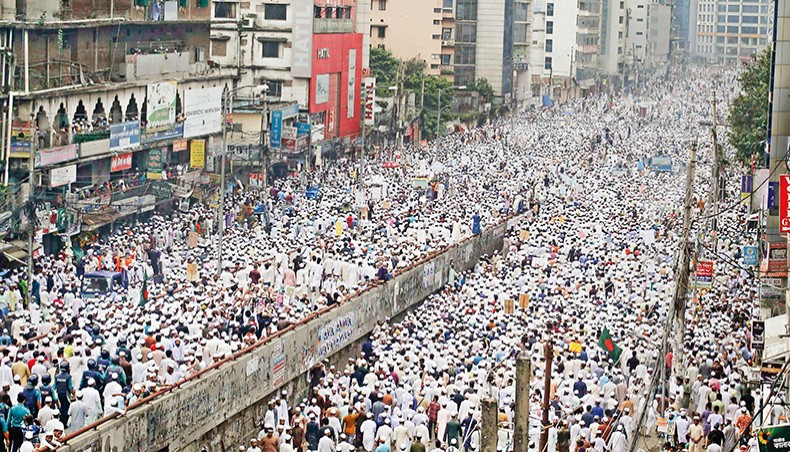 France is on high alert following jihadist attacks in recent weeks, including the beheading of a teacher who showed his pupils cartoons of the Prophet Muhammad and a deadly assault on a Nice church.

President Emmanuel Macron’s defence of the right to publish the cartoons has sparked demonstrations in Muslim-majority countries including Bangladesh, where tens of thousands took to the streets.

Security agencies in Singapore have been on heightened alert since early September and as a result of their investigations, the Bangladeshis were deported, the interior ministry said.

The individuals, most of whom were construction workers, put up social media posts ‘which incited violence or stoked communal unrest’ in response to the attacks in France, the ministry said in a statement.

Officials did not disclose the content of the posts.

Singapore is majority ethnic Chinese but has a sizeable Muslim minority. It has over 3,00,000 low-paid migrant workers, including many from South Asia, working in industries including construction.