Did US commit war crimes in Afghanistan? 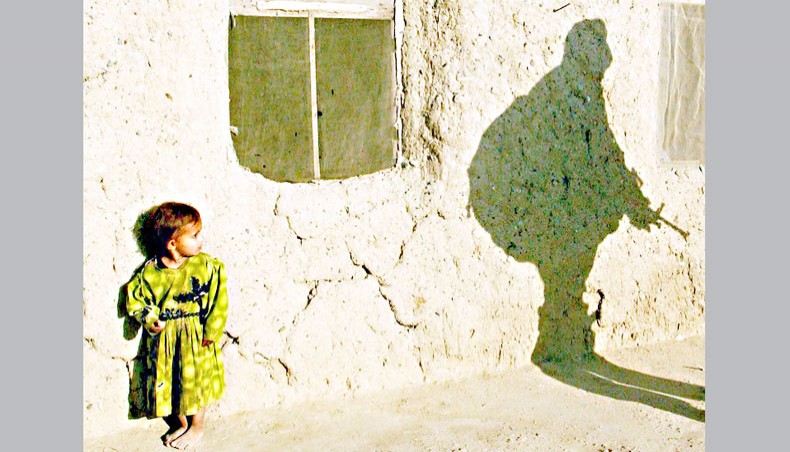 US forces and the CIA are alleged to have carried out unlawful killings and torture, both in Afghanistan and through the secret ‘rendition’ of terrorist suspects, but the US has taken measures to frustrate any prosecution of its troops, writes Hurst Hannum

INTERNATIONAL prosecutors tasked with looking into alleged war crimes in Afghanistan have no shortage of potential targets.

Afghan soldiers and warlords have been accused of rape, murder and kidnap almost since fighting began in late 2001. The deliberate targeting of civilians by the Taliban and other groups continues to this day.

Meanwhile, US forces and the CIA are alleged to have carried out unlawful killings and torture, both in Afghanistan and through the secret ‘rendition’ of terrorist suspects to a number of European countries.

MOST perpetrators have to date gone unpunished. But on March 5, judges at the International Criminal Court, or ICC, gave the ICC prosecutor authority to begin an investigation into possible war crimes and crimes against humanity committed in Afghanistan. The probe will look into the alleged murder, imprisonment, torture and intentional targeting of civilians committed by Afghan government, Taliban and US forces.

The ICC’s jurisdiction is based on the Rome Statute that created the court in 2002 and has since been ratified by 123 countries. Afghanistan ratified the treaty in 2003, so prosecutors will investigate only acts that occurred after the treaty took effect in May 2003.

The United States never ratified the treaty, and Washington has consistently maintained that US citizens cannot be subject to the ICC’s jurisdiction without its consent.

International law disagrees. Article 12 of the Rome Statute makes clear that the ICC’s jurisdiction includes acts committed within the territory of any state that has accepted its jurisdiction, no matter what the nationality of the alleged perpetrators.

Nonetheless, the US has taken measures to frustrate any prosecution of its troops. The American Service Members Protection Act of 2002 — only half-jokingly referred to as The Hague Invasion Act, a reference to the ICC headquarters in the Netherlands — authorizes the president ‘to use all means necessary’, including force, to release American soldiers detained or imprisoned by the ICC.

While it is difficult to imagine the US invading the Netherlands, secretary of state Mike Pompeo’s reaction to the new investigation suggests that the spirit of the law is very much alive: ‘This is a truly breathtaking action by an unaccountable political institution, masquerading as a legal body… we will take all necessary measures to protect our citizens from this renegade, so-called court.’ He even appeared to threaten ICC staff and their families should the ICC pursue the investigation.

EVEN if the ICC does have the right to investigate the alleged crimes, there are other hurdles to bringing a successful prosecution. Crimes against humanity are limited to acts that are ‘committed as part of a widespread or systematic attack directed against any civilian population, with knowledge of the attack.’ War crimes fall under the court’s jurisdiction ‘in particular when committed as part of a plan or policy or as part of a large-scale commission of such crimes.’

There was certainly a ‘plan or policy’ by the US government to commit what most consider to be torture during the early years of the war. Although the bulk of these illegal practices were discontinued when Barack Obama took office in 2009, he subsequently announced that there would be no further investigation into the alleged crimes.

And that is not the only limitation. The ICC cannot hear a case that is being investigated or prosecuted by a country that has jurisdiction over it. The international court can step in only when nations are unwilling or unable to carry out a genuine investigation themselves.

Obama’s refusal to prosecute anyone for pursuing the policies of torture, as well as the potential complicity of the US in crimes committed by Afghan warlords and the Afghan military, undermines any argument that Washington might now make that the ICC should simply let the allegations against US forces be investigated through American courts. President Trump shows no desire to hold US forces accountable, as evidenced by his November 2019 decision to pardon two US soldiers convicted by U.S. courts of war crimes in Afghanistan.

Still, the US has no legal obligation to cooperate with any ICC investigation, since it is not a party to the Rome Statute. The Afghan government does have an obligation to cooperate, but it has given no indication that it will do so. It is also fair to assume that the Taliban has no intention of complying with prosecutors’ requests.

Does this mean that the investigation is simply an exercise in futility?

In part, the answer must be yes. Although it is conceivable that individual Afghans or Americans might be subject to arrest, the ICC investigation would first need to find sufficient evidence against specific perpetrators without the cooperation of key parties. Even then, apprehension of any accused American could occur only outside the US defendants would be then be tried by the ICC in The Hague, a process that would likely take years.

The price of peace

NONETHELESS, the attempt to bring a judicial focus to atrocities committed by every side in the nearly two-decades-long Afghan war should be welcomed. Over 40,000 civilians have suffered violent deaths in the conflict. To date, the number of perpetrators held accountable for the many crimes suffered by the civilian population has been small.

Criminal accountability is not a simple matter, and things may be further complicated by negotiations to end the conflict — immunity for accused perpetrators may be demanded in exchange for peace. But even if peace and justice are not fully compatible under these circumstances, ignoring justice entirely is likely to leave victims feeling abandoned and criminals on the loose, undermining the viability of any peace agreement. Whatever the ultimate outcome, the ICC’s investigation and possible prosecutions may play a role in helping partial justice to be done.