Who is to blame for Afghanistan’s opium frenzy? 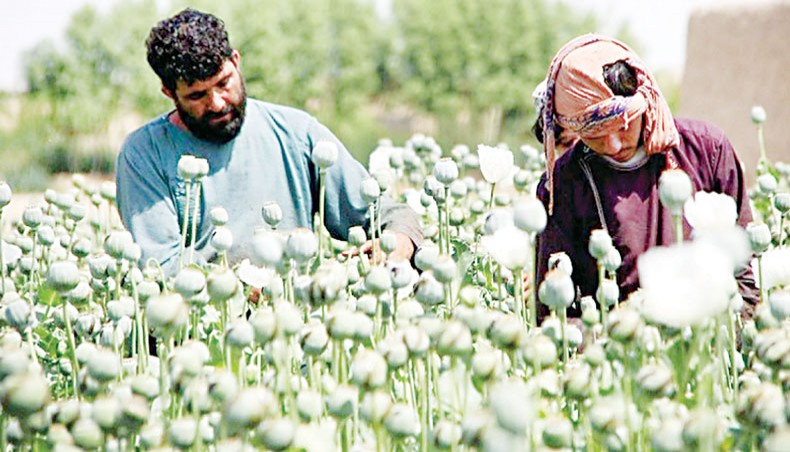 OVER the last forty years of Afghanistan’s tragic military history (the war in the 1980s, the civil war in the 1990s and the US occupation since 2001), opium has always played a role in the fate of the country. The sad irony is that Afghanistan’s unique ecology coupled with US military policy in the region has turned the landlocked country into the world’s first drug state. The trafficking of illegal drugs affects the economy, political decisions of both Afghanistan and several other countries in the region, which are dragged into the Afghan drug trade.

The United States first intervened in Afghan politics during the Cold War and began to support Islamic militants, using them in the fight against Soviet troops stationed in the country. From December 1979 and over the next 19 years, the CIA provided Afghan militants with about $ 3 billion for weapons alone. Caravans bringing CIA weapons were loaded with opium on their way back with the permission of Pakistani and American special services. These financial infusions, along with the growing opium crop, quickly became an important source of livelihood for Afghan militants, and the surrogate war launched by the CIA in this country did not prevent Washington’s Afghan allies (nor the United States itself) from participating in drug trafficking. As a result, the opium produced rose from 180 tonnes in 2001 to over 3,000 tonnes after the US invasion, to 8,000 tons in 2007. Every spring, the opium crop fills the pockets of the Taliban (movement is prohibited in the Russian Federation), allowing for the activities of the militants, as well as the United States.

In a 1995 interview, the former head of the CIA’s Afghan operation, Charles Kogan, admitted what principles the United States was guided by in Afghanistan: ‘Our main task was to inflict maximum damage on the Soviets. We really did not have enough resources and time to investigate drug trafficking in the region. I don’t think we have to apologise for this… There were negative effects from drugs, it’s the truth. But we fulfilled our chief objective. The Soviets left Afghanistan.’ Meanwhile, Charles Kogan deliberately failed to mention that the USSR (in contrast to the subsequent US policy in Afghanistan) actively supported the economy of the country, was one of the first to recognise its independence, and built 142 industrial facilities there, including power plants and much more. Such things, by the way, were never done by the ‘peace-oriented’ United States during 19 years of their military presence in the region, with billions of dollars spent on God knows what.

When the USSR pulled out of Afghanistan, chaos and devastation returned to the country again. In July 2000, famine and a devastating drought over the second year forced the Taliban government to ban poppy seed cultivation in a clear attempt to change international attitudes towards the country. A UN study conducted in more than 10,000 Afghan villages at the time showed that drug manufacturing decreased by 94 per cent after the ban.

In October 2001, the United States began bombing the country, and later, with the full support of British troops, launched a full-fledged invasion of Afghanistan, after which the Taliban regime collapsed rapidly and the country was flooded with drug abuse once again.

The socio-economic factor, which in Afghanistan in the last twenty years has manifested itself in the form of rampant poverty, has prompted many Afghan peasants to replace traditional low-return agriculture (for instance, grain production) with pushing much more profitable opium, thereby accelerating the runaway drug trafficking train, taking the nation to a place far from perfect.

Drug revenues have been and remain the number one source of domestic income for almost all major Afghan political players, both warlords and the Taliban, over the past two decades. In October 2001, in the midst of the US intervention, the CIA allocated $ 70 million to mobilise Afghan tribal warlords who worked in coalition with the US during the Cold War to fight the Taliban. In particular, the leaders of the Northern Alliance, which included ethnic Tajiks who fought against the USSR in the 1980s and did not support the Taliban government in the 1990s, received significant funding from the CIA. For their part, US coalition allies have controlled most of the drug traffic in north-eastern Afghanistan since the days of the Taliban government. The CIA also approached a group of influential Pashtun warlords on the border with Pakistan who were active as drug smugglers in the south-eastern part of the country. As a result, when the Taliban collapsed, the foundations were already laid for opium trafficking and the drug trade to resume on a large scale. As a result, ineffective anti-drug programmes came to be significantly inferior to the growing profits generated by drug trafficking for military leaders, and then for Taliban militants, and the illegal drug business began to account for 62 per cent of the country’s gross domestic product. Failing to eradicate the poppy seed crop that funded new fighters each spring, the US so-called ‘counterterrorism’ operation in Afghanistan became increasingly disastrous.

But for this war-torn country with a difficult political climate, there has always been an alternative, which Washington, also clearly feasting on the profits from the drug trade, has openly ignored. In particular, investing even a small fraction of all spent military grant funding in the country’s agriculture could lead to great economic opportunities for the millions of farmers who depend on the opium harvest. This is how it could be possible to restore the destroyed gardens and flocks of livestock, as well as the irrigation systems destroyed by the war, which once supported the diverse local agriculture. If the international community could reduce the country’s dependence on illicit drug trafficking by strengthening sustainable rural development, then perhaps Afghanistan would cease to be the planet’s leading drug trader and, perhaps, the level of violence would drop in the region indefinitely.

This was confirmed by the example of the latest cooperation between Russia and Afghanistan in the fight against drug trafficking and the five-year pilot phase of the amaranth project, which ended last winter, centred around organising test plantings in the northern Afghan provinces of the food crop of the same name. The amaranth project was implemented in 2014. Its authors are the EVRAZIS Foundation, the International Academy of Informatisation and the Russian Agricultural Academy named after Kliment Arkadevich Timiryazev (RSAU-Moscow Agricultural Academy named after Kliment Arkadevich Timiryazev). In addition, scientists and agricultural specialists from South Ossetia are participating in the project from the Russian side. Over five years, project participants have carried out the trial planting of amaranth, an unconventional agricultural crop, on small areas in various provinces of Afghanistan as an effective substitute for opium poppy seed crops. In 2019, Russian experts, along with employees of the Afghan company Zaher Imran Quraishi Ltd, have already carried out industrial planting of amaranth across an area of 30 hectares.  According to the conclusions of Afghan security forces, amaranth (in Afghanistan referred to as inge) may bring profits similar to or even higher than unprocessed opium, the only difference being farmers avoiding criminal prosecution. In addition, those who grow amaranth have no problems with the sale of their products: amaranth oil is actively used in medicine and cosmetology, and cake flour is used to prepare dietary food for children and patients with diabetes. The Indian pharmaceutical industry is the largest consumer of amaranth raw materials in the region.

According to Russian and Afghan experts, the project on planting amaranth instead of opium poppy seed can be successfully implemented in the future, first and foremost, in the northern Afghan provinces of Balkh, Takhar, Badakhshan, which have the most suitable climatic and natural conditions for this. The project may be more difficult in the west of Afghanistan, for example, in the province of Herat, but saffron is now widely used there as a substitute for opiates.

In short, in addition to the American military’s solution to problems that is being pushed around the world, there are always other solutions. Only they will certainly not bring the current US political elite the profits they receive from the wars and drug trafficking in Afghanistan.