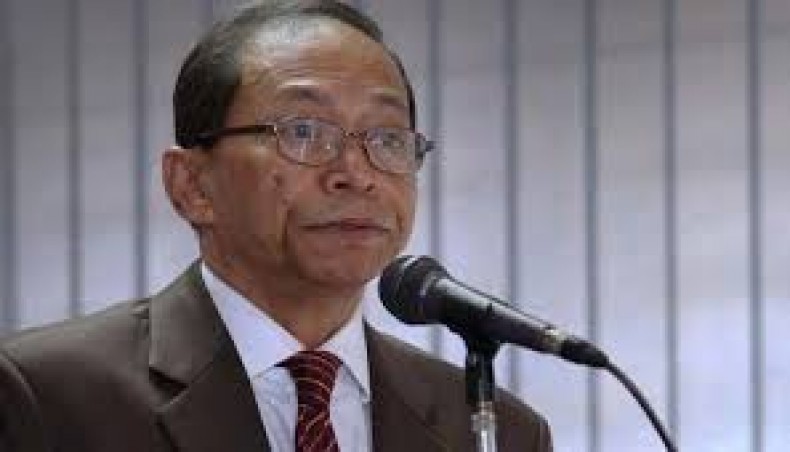 Judge Shaikh Nazmul Haque also posted for August 18 the formal commencement of the first-ever trial of a former chief justice in a graft case in Bangladesh with the recording of depositions of prosecution witnesses.

The prison authority produced Mahbubul Haque Chisty before the court. Shameem and Gazi are on bail.

The court also issued warrants for the arrest of eight accused, including Justice Sinha, as they were shown fugitive.

The commission’s investigation officer Benzir Ahmed submitted the charge sheet on December 10, 2019 against the 11 people.

On January 5, 2020, Dhaka senior special judge KM Imrul Kayes accepted the charge sheet and issued warrants for the arrest of the 11 accused as they were shown fugitive in the charge sheet.

According to the charges, Niranjan and Shahjahan transferred Tk 4 crore from their accounts with the Gulshan Branch of the bank to Justice SK Sinha’s account with the Supreme Court Branch of Sonali Bank Limited through two pay orders — Tk 2 crore each — on November 9, 2016.

The fund was withdrawn at times from Justice SK Sinha’s account.

The 11 people siphoned off the money from then Farmers Bank in collusion with each other in the name of loan between November 2016 and September 2018, said the charges.

On April 25, 2018, the commission started an inquiry into a complaint from an unknown source that Tk 4 crore was transferred to Justice Sinha’s bank account from two Farmers Bank accounts.

The inquiry began four months and a half after Justice Sinha resigned as the chief justice on November 10, 2018 amid serious controversies following a unanimous Appellate Division verdict.

The verdict upheld a High Court judgement striking down the 16th Amendment to the constitution which restored the Jatiya Sangsad’s power to remove Supreme Court judges for misconduct or incapacity.

The unanimous verdict of the highest court, penned down by chief justice SK Sinha, created bitterness between him and the government.

Immediately after Justice Sinha’s resignation, law minister Anisul Huq said that the law would take its own course with regard to the 11 allegations brought against Justice Sinha by five fellow Appellate Division judges.

Justice Sinha, now reportedly in the United States, sent his letter of resignation through the Bangladesh High Commissioner to Singapore while he was there on his way to Australia.

Lawyers said that Sinha’s departure from Bangladesh and his resignation occurred due to pressure mounted by the government.

On October 2, 2018, the law minister announced that Justice Sinha had expressed his desire to go on leave for a month with effect from October 3, 2018 saying that he was suffering from cancer and other diseases.

On October 3, 2018, the government announced that the next senior-most Appellate Division judge, Justice Wahhab Miah, would discharge the duties of the chief justice during Justice SK Sinha’s absence on ‘sick leave’.

While leaving his official residence for the airport on the day, Justice Sinha told the waiting reporters in a written statement that he was going abroad for the time being and would return soon.

On October 14, 2018, in an unprecedented statement, Supreme Court registrar general Syed Aminul Islam said that five fellow Appellate Division judges declined to share any bench with Justice Sinha after the president had handed to them documents regarding 11 specific allegations about corruption and irregularities committed by Justice Sinha.

In August 2018, lawyers toeing the ruling Awami League’s political line held countrywide demonstrations demanding that the observations made in the verdict against the 16th amendment should be immediately withdrawn by Justice Sinha.

On August 1, 2018, the Appellate Division had released its full verdict on the 16th amendment.

Justice SK Sinha published a book titled ‘A Broken Dream: Rule of Law, Human Rights and Democracy’ in 2019 from the United States.

The former chief justice wrote in the book that he was forced to leave the country after he penned the unanimous verdict on the 16th amendment to the constitution.

Justice SK Sinha also claimed in the book that the money in question was transferred to his bank account as the sale proceeds of his house.