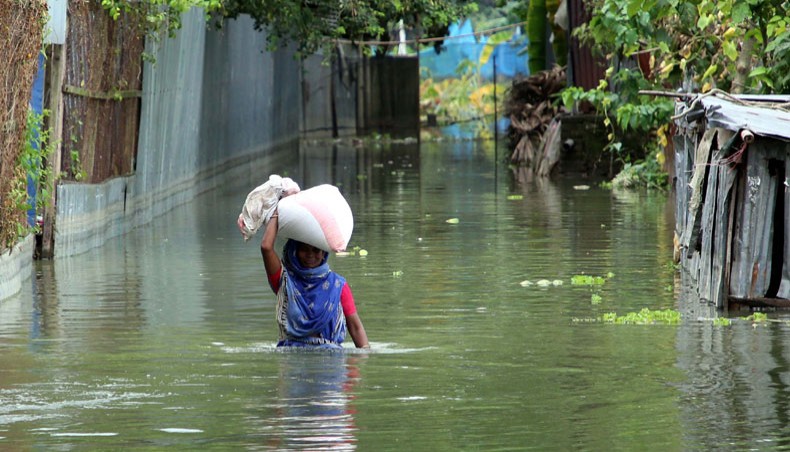 The number of people died from flood related causes reached 202 in Bangladesh with four new deaths reported in the past 24 hours until 8:00 am Wednesday, said health emergency control room.

The control room has been counting deaths from flood related causes like drowning, snake bite and water borne diseases since June 30, three days after the worst flood in two decades began in Bangladesh.

The flood entered its 47th day on Wednesday, the longest lasting flood after 1998, and it affected over 5.5 million people in 33 districts.

Three of the four deaths reported were caused by drowning in Sunamganj, Kishoreganj and Gazipur while snake bite claimed one in Faridpur.

Jamalpur and Tangail emerged as the worst affected districts in terms of loss of lives due to the deluge with each one of them counting 31 deaths so far, according to the health authority.

According to the health emergency control room, 169 people died of drowning so far while 17 from snake bite.

As many as 13 people were killed by lightning in flood affected areas while three other died of diseases like diarrhoea, said the health emergency control room.

The NDRCC flood casualty reported the highest number of 15 deaths in Jamalpur.

The other deaths recorded by the NDRCC occurred in Lalmonirhat, Sunamganj, Sylhet, Kurigram, Tangail, Manikganj, Munshiganj, Gaibandha, Sirajganj and Gazipur.