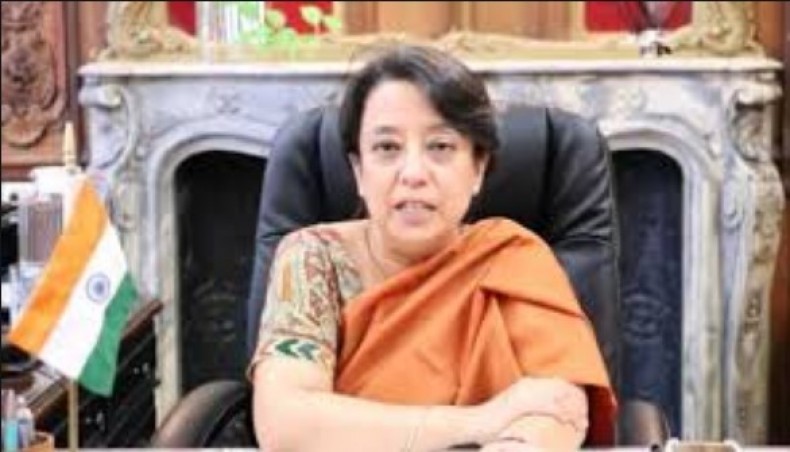 AN OP-ED by the editor of Bhorer Kagoj that exposed serious problems in Bangladesh-India relations was picked up by the Indian media and its major English daily newspapers like the Hindu, the Hindustan Times, et cetera. The Dhaka paper’s editor Symal Datta stated that Riva Ganguli, the Indian high commissioner, had been waiting unsuccessfully for four months to meet prime minister Sheikh Hasina.

The news that an Indian high commissioner was kept waiting for so long by the office of the prime minister of an Awami League government was no ordinary one. It was news with potentials of a game-changer for the worse in the context of Bangladesh-India relations. The Indian media interpreted the Riva Ganguli incident as a sign that Dhaka-Delhi relations had entered uncharted waters. The op-ed also stated that Dhaka had given the contract of the second terminal at Sylhet airport located close to the strategic Seven Sisters to China to conclude that Dhaka was moving away from New Delhi towards Beijing.

The op-ed was written in the backdrop of conspiracy theories floated by the Indian strategic analyst Subir Bhowmik. In an article on June 9 for Kolkata’s the Telegraph titled ‘A crack in the hornet’s nest: strife within the Bangladesh army’, he exposed an alleged plot by senior Bangladesh army officers to move the Bangladesh government from the Indian sphere to the Chinese. Another article by Shamsun Nahar Khan that many suspects to be Bhowmik’s pseudonym appeared in the online news portal Eastern Link on June 29 titled ‘Regime Change Alert in Bangladesh’ that stated that the pro-Chinese plot had been foiled and Dhaka was in the Indian sphere again. Subir Bhowmik did not claim credit for foiling the alleged plot, but he should have.

The Indian media, nevertheless, accepted the Riva Ganguli incident as correct and agreed with Symal Datta’s conclusion that Dhaka was moving away from New Delhi towards Beijing. The influential Hindustan Times published an editorial on July 29 titled ‘Focus on Bangladesh: Delhi must not let ties with Dhaka dip’ based on the op-ed. It described the India-Bangladesh relations in the last one decade ‘as the brightest spot in Indian foreign policy.’ It flagged as evidence Dhaka’s decision to ‘crack down on militants and terrorists who used Bangladesh as a base to conduct activities in India, particularly the Northeast’ and Delhi’s support for Dhaka ‘against the international community, particularly the United States and European Union, which was worried about the growing democratic deficit in Bangladesh.’

The editorial explained Dhaka’s move towards Beijing by New Delhi’s failure, first, in delivering the Teesta deal and, second, the anti-Muslim National Registration Act and the Citizenship Amendment Act to make Muslim-majority Kashmir an integral part of India. The credible Hindu also wrote on the same lines. It also blamed New Delhi for pushing Bangladesh towards China and named the NRA and CAA as contributing factors to the push.

The Indian newspapers/media showed a refreshing willingness for the first time to blame New Delhi for growing problems in Bangladesh-India relations. They, however, failed to see the impact of Hindutva on the majority Muslims of Bangladesh where BJP leaders led by Amit Shah lumped Bangladesh’s Muslims with roughly a half of them as followers of the Awami League, soft on India, as ‘termites’ who should be thrown into the Bay of Bengal to energise Hindutva and Hindu fundamentalism leading analysts like this writer to believe that Hindutva has had a profound impact on Muslims in Bangladesh to turn themselves away from India. Hindutva has re-established the two-nation theory for which the Muslim League was blamed for India’s 1947 partition much more negatively than the Muslim League’s version of it.

That, of course, did not happen and there was evidence aplenty that the Indian media ignored. The most important one had occurred before Riva Ganguli arrived in Dhaka in March 2019. Sheikh Hasina dropped from her new cabinet several pro-India heavyweights without New Delhi knowing what was coming. Riva Ganguli arrived to witness Dhaka-Delhi relations unfolding in a manner that was unbelievable with an AL government in power. Sheikh Hasina’s visit to India in October 2019 was downgraded from state visits in 2010 and 2017 to an official one depriving her of being received by the prime minister on arrival, 21-gun salute and the guard of honour. Riva Ganguli went to Kolkata in November 2019 when Sheikh Hasina was there for the Bangladesh-India cricket match, with New Delhi ignoring the visit.

Riva Ganguli followed first-hand China and Bangladesh establishing a hand-in-glove relation that extended to strategic areas where India was eased out right before her eyes. China invested as she watched over $26 billion some after her arrival in Dhaka in strategic areas, with promises of much more. Riva Ganguli wanted to meet Sheikh Hasina to raise New Delhi’s concern over one major strategic project, namely the second terminal in Sylhet airport that India wanted but was given to China instead.

New Delhi should, therefore, treat the Dhaka op-ed as a wake-up call. Reaction to the op-ed in the Indian, South Asian and international media underlined that Bangladesh-India relations were in flux because recent events have shaken their contexts and parameters. In Bangladesh, people have spoken and the country’s relations with its bigger and much more powerful neighbour are no longer in the hands of the government. Therefore, the direction of Bangladesh-India relations out of this flux would depend largely on New Delhi where there are both hope and danger.

The hope springs from realisation by the influential Indian media not seen before that Bangladeshi Muslims have been polarised across their political divide against India on, first, the anti-Muslim NRA and CAA and, second, its failure to deliver on many issues including the Teesta deal and border killing. The danger, nevertheless, remains because the BJP is strengthening its blatantly anti-Muslim Hindutva agenda with a renewed vigour having just laid the foundation of the Ram Mandir on the Babri Mosque site to end India’s secular claims and polarise Muslims in Bangladesh further. And the BJP is in a total denial of the impact of the anti-Muslim, anti-Bangladesh, the NRA and the CAA on India’s relations with Bangladesh.